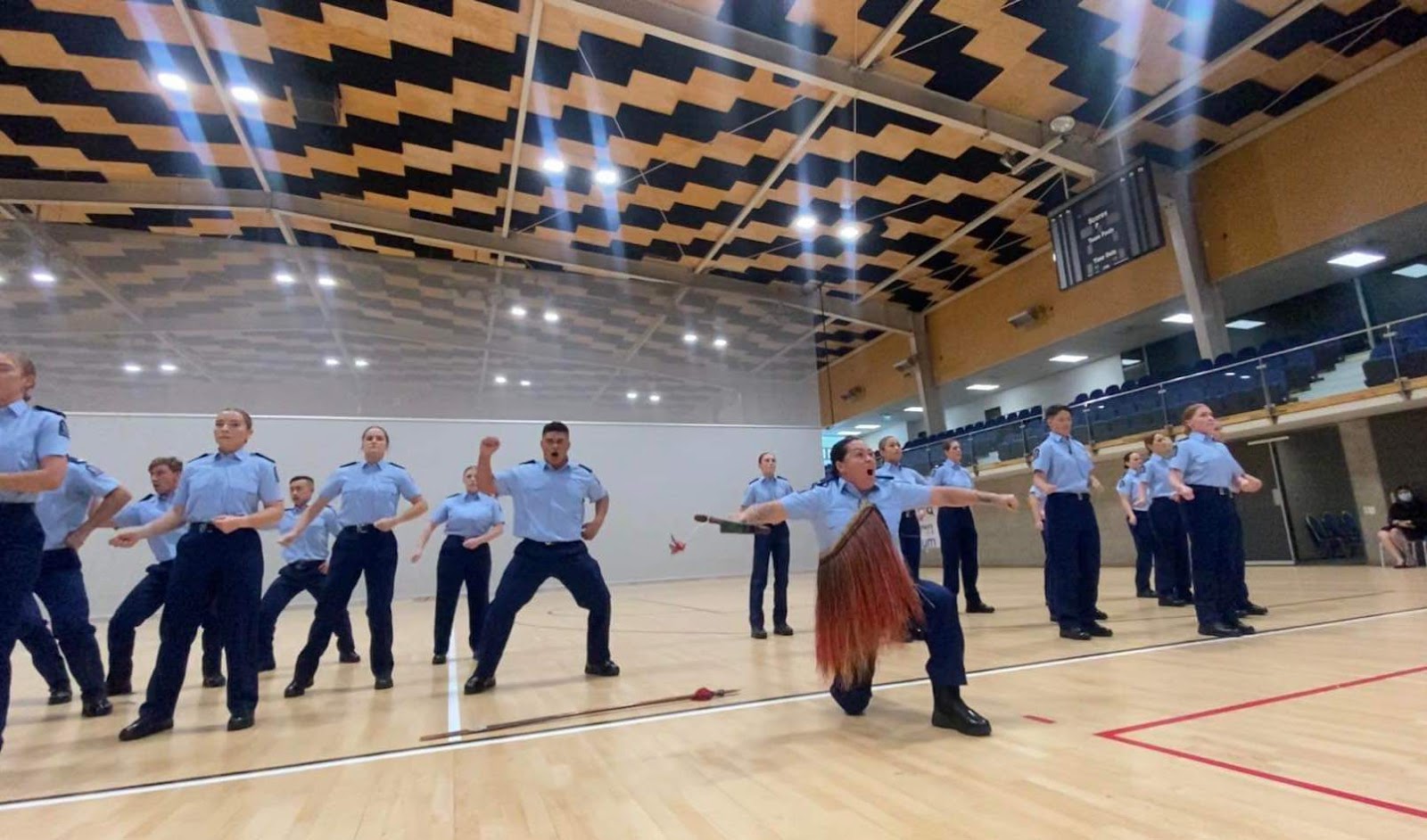 She worked through many emotions when it came to applying to become a police officer. She explained that she had to write a two page kōrero about a time in her life as a 15 year old rangatahi, as a “haututū teen” she explained.

“I had to explain every time that I had ever interacted with Police throughout my life, especially in Awanui. Every ticket I had ever received, I wrote a two page kōrero about a period in my life that I’d tried really hard to forget. This brought up old emotions but I worked through them because I had my eye on the end goal.”

Tui explained that mathematics was a struggle for her. She used extra tuition provided by Mr Daun at Far North REAP every Wednesday and Thursday evening. He also helped her with the psychometric testing and understanding this whole way of thinking that she never understood before. This included fractions and decimals.

“But I did it because I wanted to support my whānau, hapū and iwi through a different lense.”

Her husband, James Baker, of Ngāi Takoto, Ngāti Kuri and Ngātiwhakaue iwi, graduated from Wing 343 and has been policing in Kaitaia for over a year now. He is enjoying the challenges that comes with his role and was Tui’s rock, encouraging her and supporting through the journey while he, and extended whānau, cared for their tamariki. 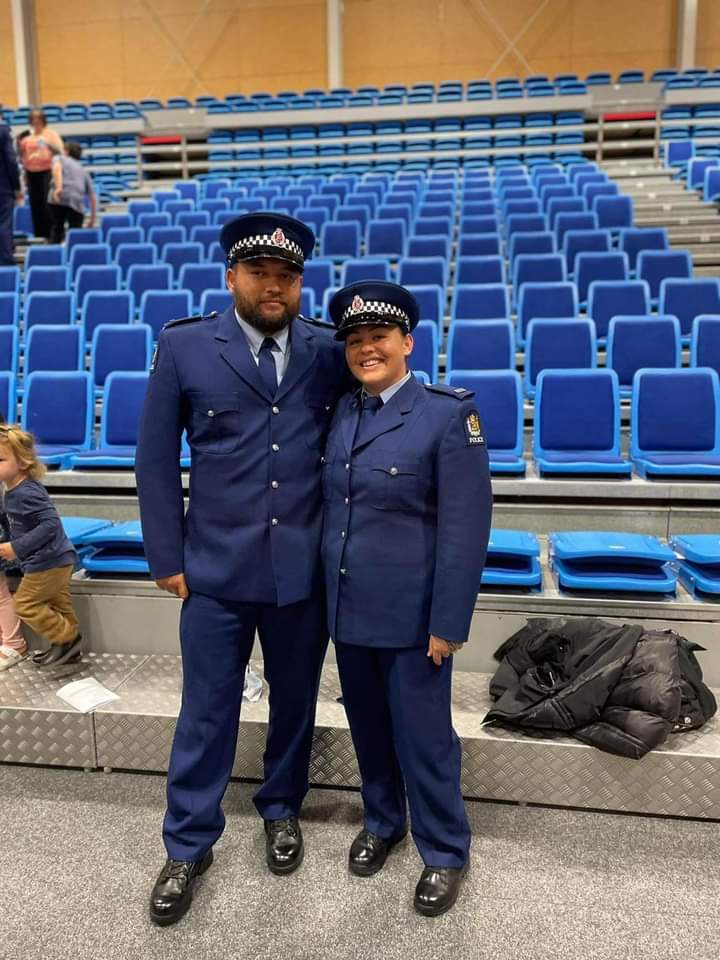 Tui Baker and her husband, James Baker at her recent graduation in Pōneke (Photo Supplied by Tui Baker)

Tui spoke to Te Hiku Radio about her experience during her time training and how it feels to be starting her career in her hometown, Kaitaia, on May 16th. She is inspiring the next generation to strive to achieve dreams and spoke about her husband being one of her main inspirations as a past police graduate. She was also grateful for the tautoko from her mother in-law and father in-law, my sisters, my friends and our Police whānau.

“For me it was growing up in Kaitaia, and experiencing the haututū life. Fast cars, bikes and generally being a hōhā. But when I was 15, an amazing constable at the time was ready to slap me with a whole raft of tickets but instead he took the time to help me go from restricted to full on my license and encouraged me to get my car legal. He told me I was worth more than what I was up to and he could see that. I wanted to grow up and be just like him.”

Tautīnei asked Tui what some of her toughest challenges were for her, as a māmā of four, making the decision to move away from her family to train to become a police officer.

“Moving away from my husband and my babies was really hard, some evenings I would have a little tangitangi and look at all the photos in my tiny barrack, of my whānau. But then I’d pick myself up, go for a hīkoi and get down to the moana to help my wairua. While I was away, my tamariki and husband got COVID19, I felt so useless being so far away and unable to do anything, but again being so grateful for the support from OTC, Te Rarawa and Mauri they wrapped around my whānau and helped them through a month of COVID19. All I could do was call them and love them from afar.” 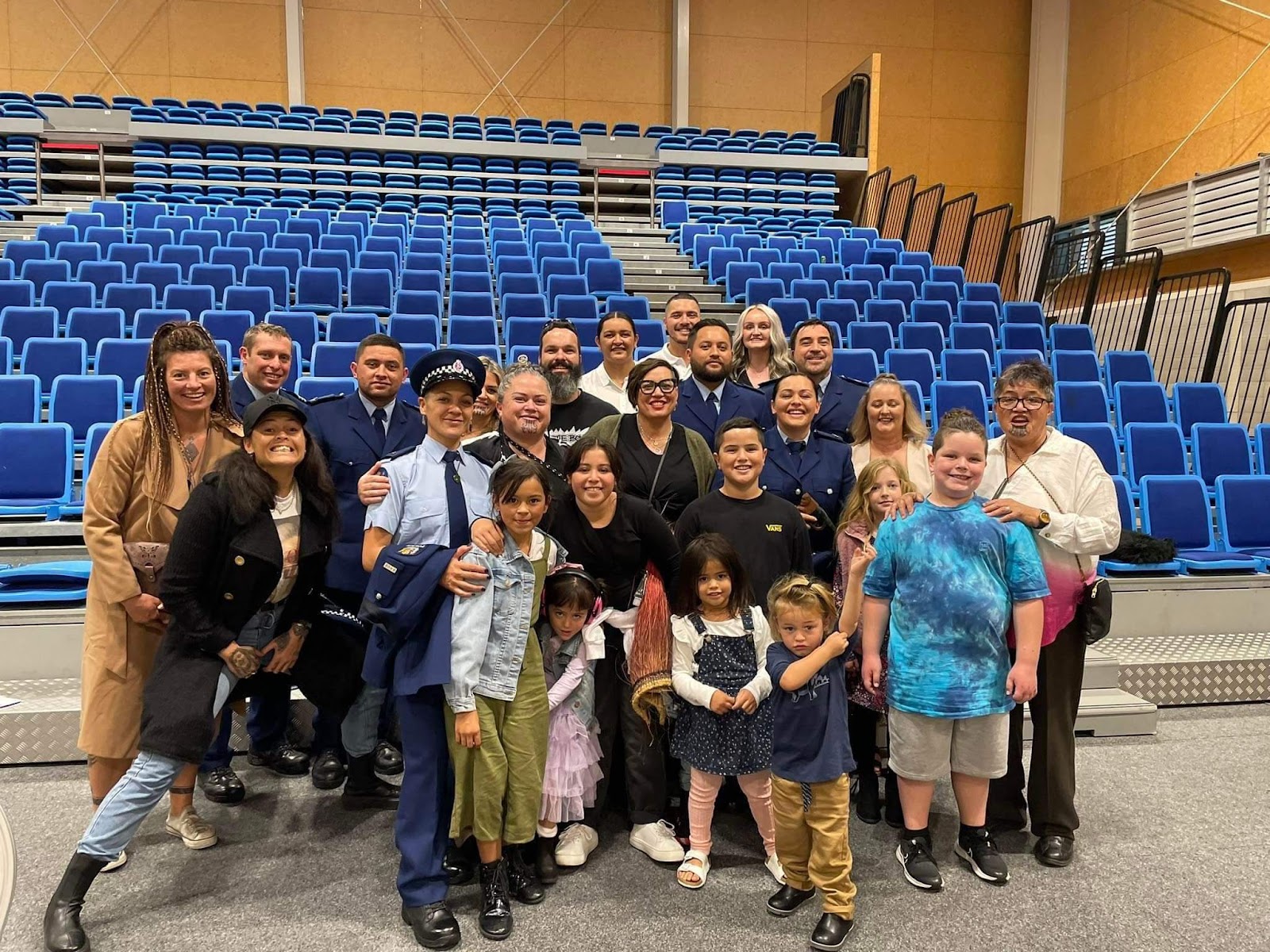 Tui attended Police College for three and a half months. There was a mixture of practical assessments, academic study and exams. She committed extra hours in the evenings as she had identified she needed more help with certain subjects. She explained that depending on your study ethic and current knowledge, the amount of time to study will vary for each individual. Legislation and policies were the subjects that Tui would spend extra time studying.

The Far North has had a consistent flow of recruits over the years. Growing up in a rural setting, experiencing, first-hand, some of the social issues that come with isolation or financial pressure. This allows recruits from the Far North the ability to relate on a personal level within their role, finding a common understanding between themselves, offenders and the community they were born and raised in. Building good relationships within our small community is key to understanding our people and with a small population, in comparison to the rest of Aotearoa, recruits from the Far North have that advantage in providing an empathetic and personal approach. Haukāinga spoke to Constable Sean Herbert and Stacee Rehupo-Robson about their experience in 2018;

“It can be difficult dealing with your own whānau you know, but it’s great to have already established respect. It’s good for them to be able to see a familiar face on this side of the fence. It’s important for me to serve as a police officer in the Far North District because this is my home town, these are my people and I want to be out there helping them, supporting them where I can in this role” said Herbert.

Inspirational and driven with a kete of sacrifice - Tui navigated many emotions and stood proudly within a wing of recruits that was male dominant in numbers. There were only 23 women in Tui’s college wing of 79 recruits, the other wings, she explained, had more wāhine Māori. Tui is definitely creating space for change and will be inspiring more wāhine to think about such a career - while proving it most definitely can be done.

“Do it, even if people you love tell you not to, or discourage you. This is an amazing career and the whole process is life changing. Just because we’re Māori and come from a small town it doesn’t mean that we will amount to nothing. You're worth it!"