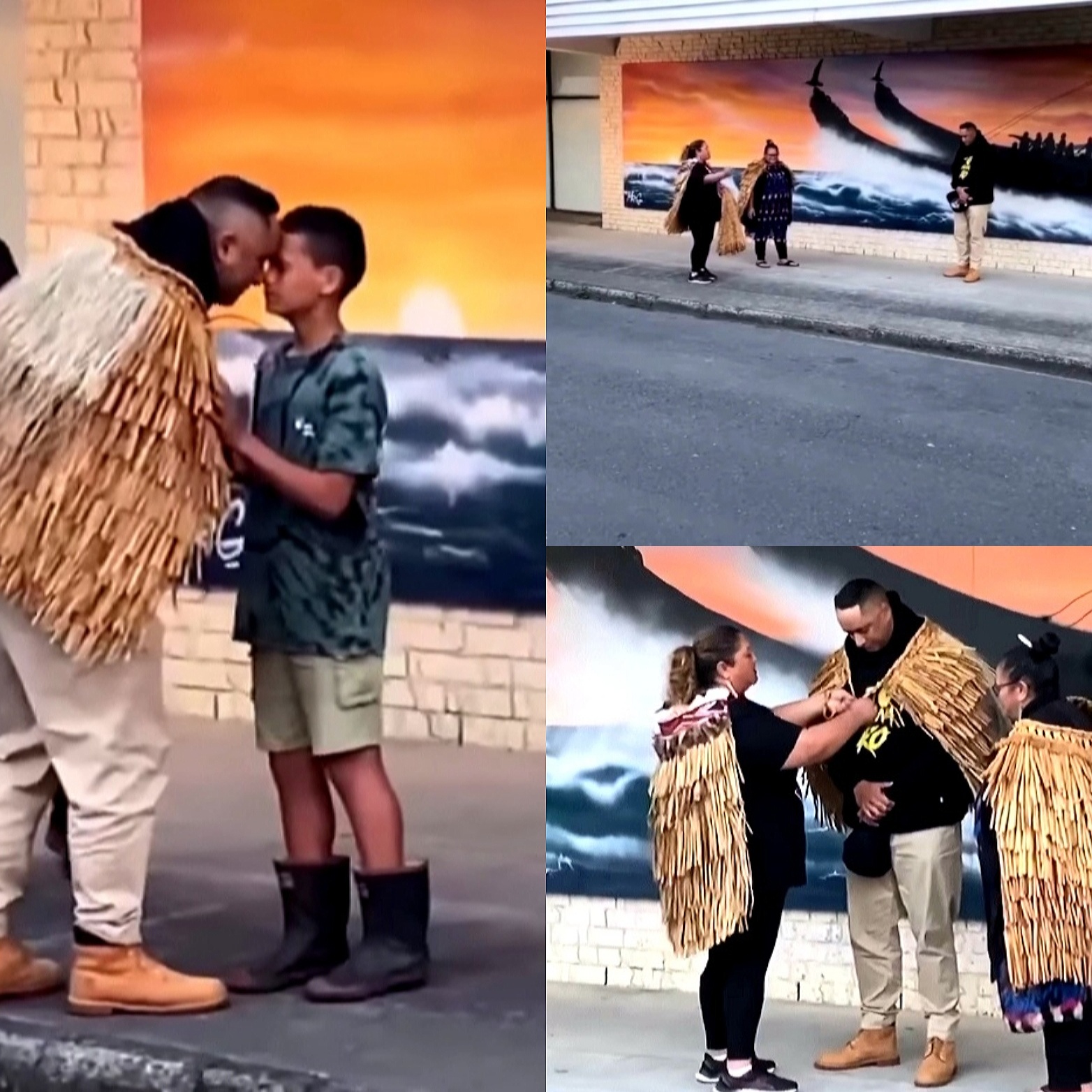 Gratitude expressed during the final reveal of the mural on Melba Street, Kaitaia.

A shared journey and shared breath; 'Tūmanako - The Waka of Hope' the new stunning piece of art that adorns the Te Hiku Media building on Melba Street was revealed on Friday after an admirable week-long effort by Mr G (Graeme Hoete) and local rangatahi.

The mural is of a bold waka with individuals standing tall at the helm pointing forward. Set against passionfruit skies with a hazy haunting image along the bottom of people reaching up for help from the depths. A reflection of the transition between dark times and the light. 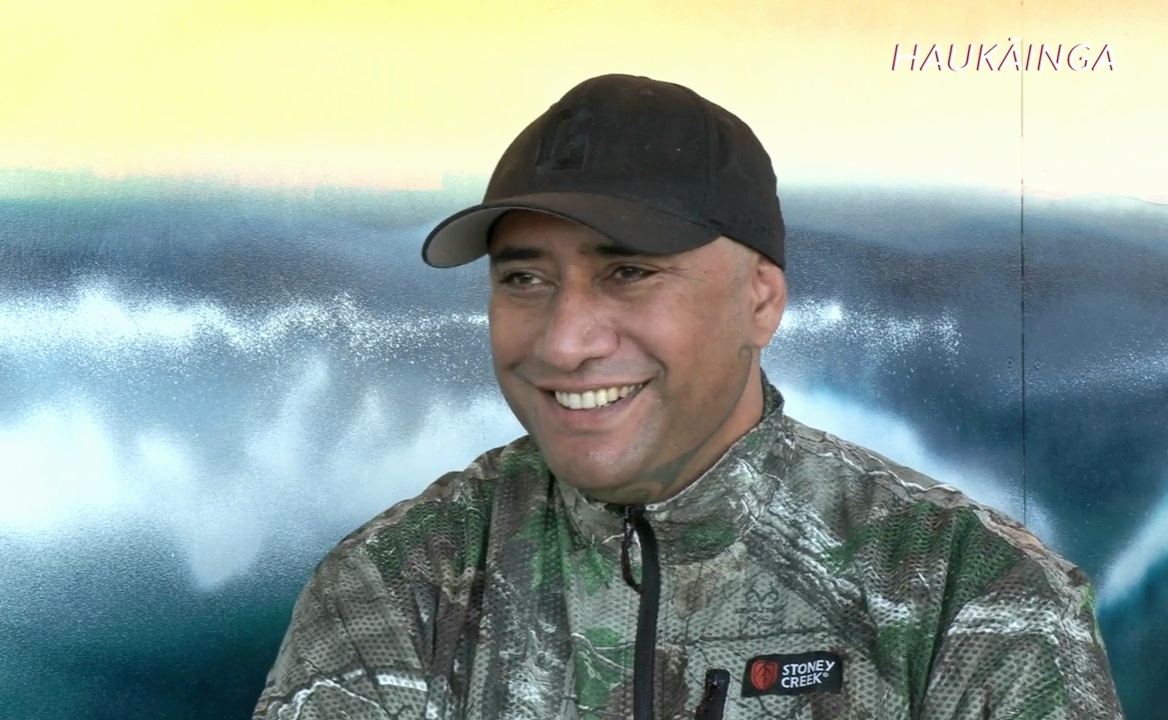 Hoete spoke to Te Hiku Media's Haukāinga team during each visit and through the mural process about his vision;

"Tūmanako means hope. I want to remind rangatahi that you can use art as a means of hope by bringing them into the whole process from start to finish. It was when I moved to Sydney that I went through some dark thoughts. I was in between choosing whether I was able to do art full-time, I struggled. Now I'm able to travel the world doing what I love and I want rangatahi to know it is possible. "

Weaving whakapapa into his art is a well known signature to his work. This is also an integral part of the wānanga where he speaks in a dimly lit, private environment with the rangatahi about whakapapa and identity. A well structured building block in his narrative through the process, to the final piece. 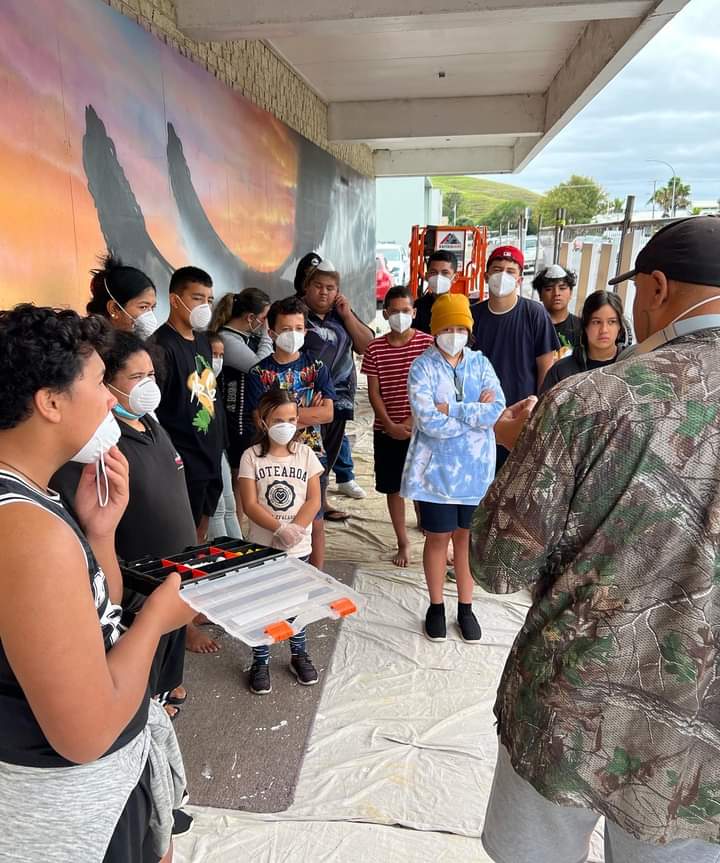 Incorporating history relevant to Muriwhenua was an important theme for Hoete as he referenced Nukutāwhiti and Ngāpuhi;

"Te Ngarunui, Te Ngaruroa, Te Ngarupaewhenua, the great long wave that lands upon the shore" were included, as well as silhouettes of the young people who worked on the mural. 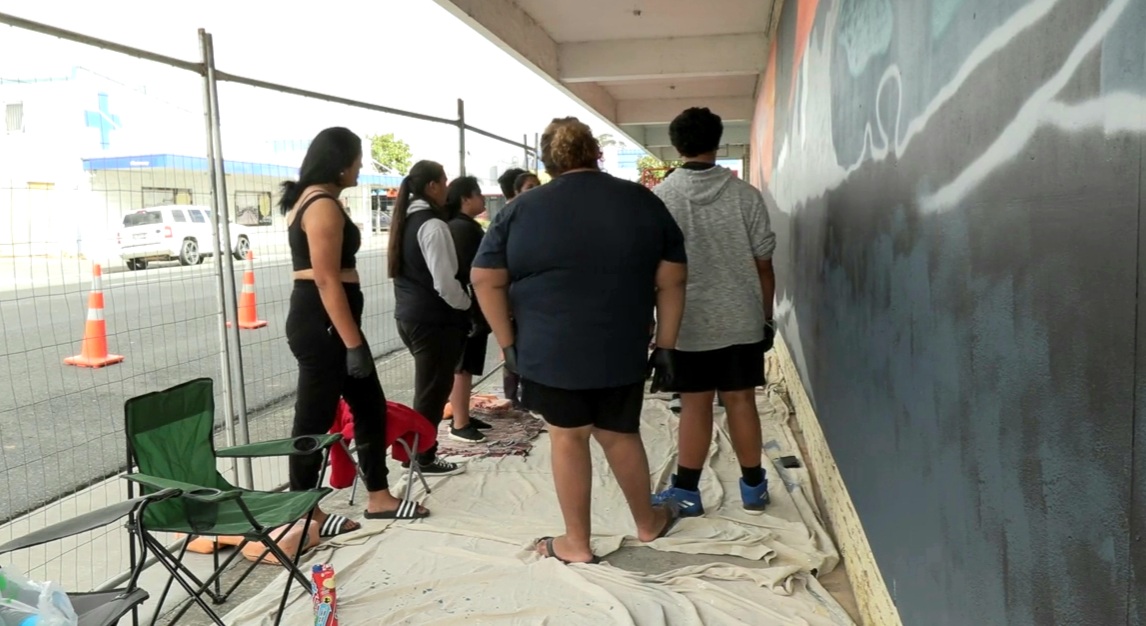 Tuamelie Tevita was one of the rangatahi who attended the workshop and has been involved in the project from the beginning. His genuine love for art was reflected in his heartfelt kōrero with Te Hiku Media:

“He taught us that art, if you’re feeling really down, it can bring you up. That's what this is for, to bring people hope and joy into their lives. When I'm older I can tell all my kids that that's me in that waka and that I did this.” 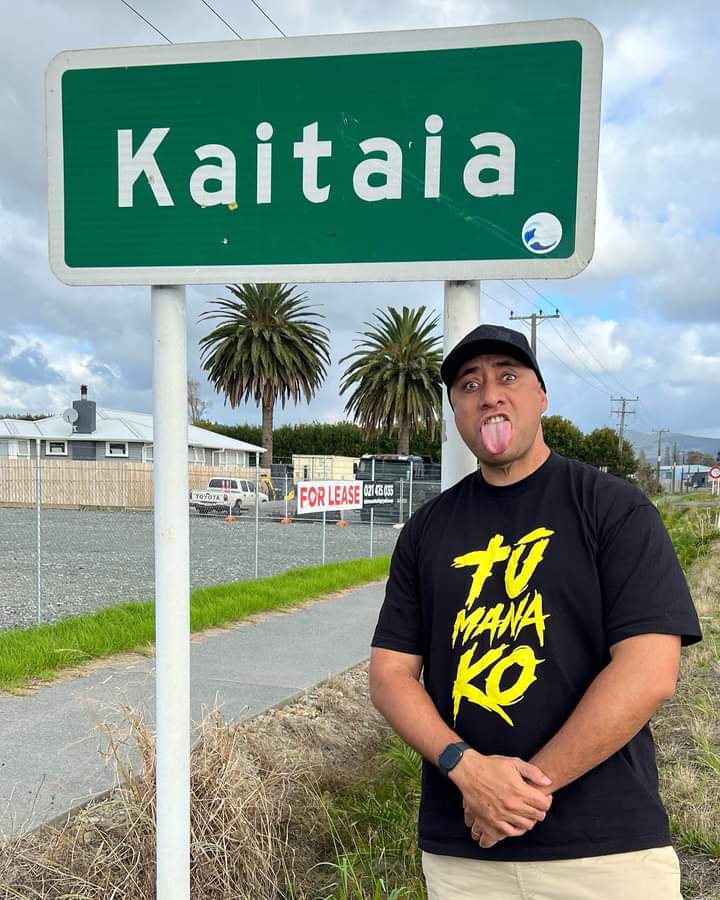 Kaitaia was one of the small towns chosen for this project where a strong message of wellbeing is delivered. Some of the other small towns included in his project were Ōpōtiki, Westport, Nelson and others.

Being able to kōrero with rangatahi in smaller settings, within these small towns, allows Hoete and his wife, Millie, to engage with rangatahi who are at more of a disadvantage to opportunities like these, than those in the bigger cities.

"My wife and I have been working with rangatahi for over 25 years. We love it! These rangatahi are hardcase too."

"Graham Hoete is a world-famous artist who started the Tūmanako Project with his wife Millie. The Tūmanako kaupapa was funded by the Te Puni Kōkiri Rangatahi Suicide Prevention Fund. Traveling the country to small towns like Kaitaia, Graham has been meeting with the locals, and creating murals that represent the people. Through the Tūmanako kaupapa, Mr G looks to provide opportunity and hope that may alleviate some of those struggles."

Rangatahi warm up and engage in hauora focussed activities during the week (Photo: Haukāinga)

The rangatahi were able to engage with their peers and experience the kaupapa in its fullest entirety during the week-long workshop; embracing the hauora elements while using art as an outlet for anything they may have been going through. 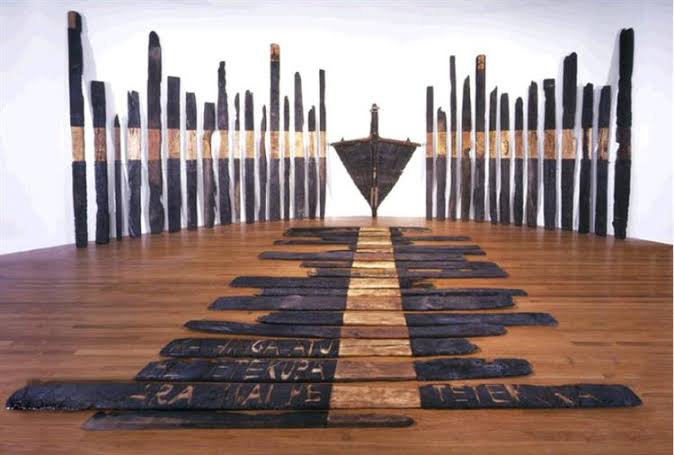 Te Tai Tokerau has harboured artists across many mediums. The well-accomplished late Ralph Hotere, from Mitimiti, has recently had his home in Port Chalmers (Ōtepoti | Dunedin) successfully registered with Heritage New Zealand as a site of significance. The world renowned artist and an honorary doctorate of the University of Otago. He started as a brush artist then later moved into sculptures and installations. He lived in Port Chalmers most of his life and has many notable works globally. He was returned back to his papakāinga and buried in Mitimiti. Te Tai Tokerau just needs wānanga like these and the people with the drive behind it to show our rangatahi what is possible.

More than just a painting, when life-long benefits are left in its trail. Mr G is definitely leaving a trail of hope along his journey.

New social supermarket to create a place of aroha for whānau in need
2 months, 2 weeks