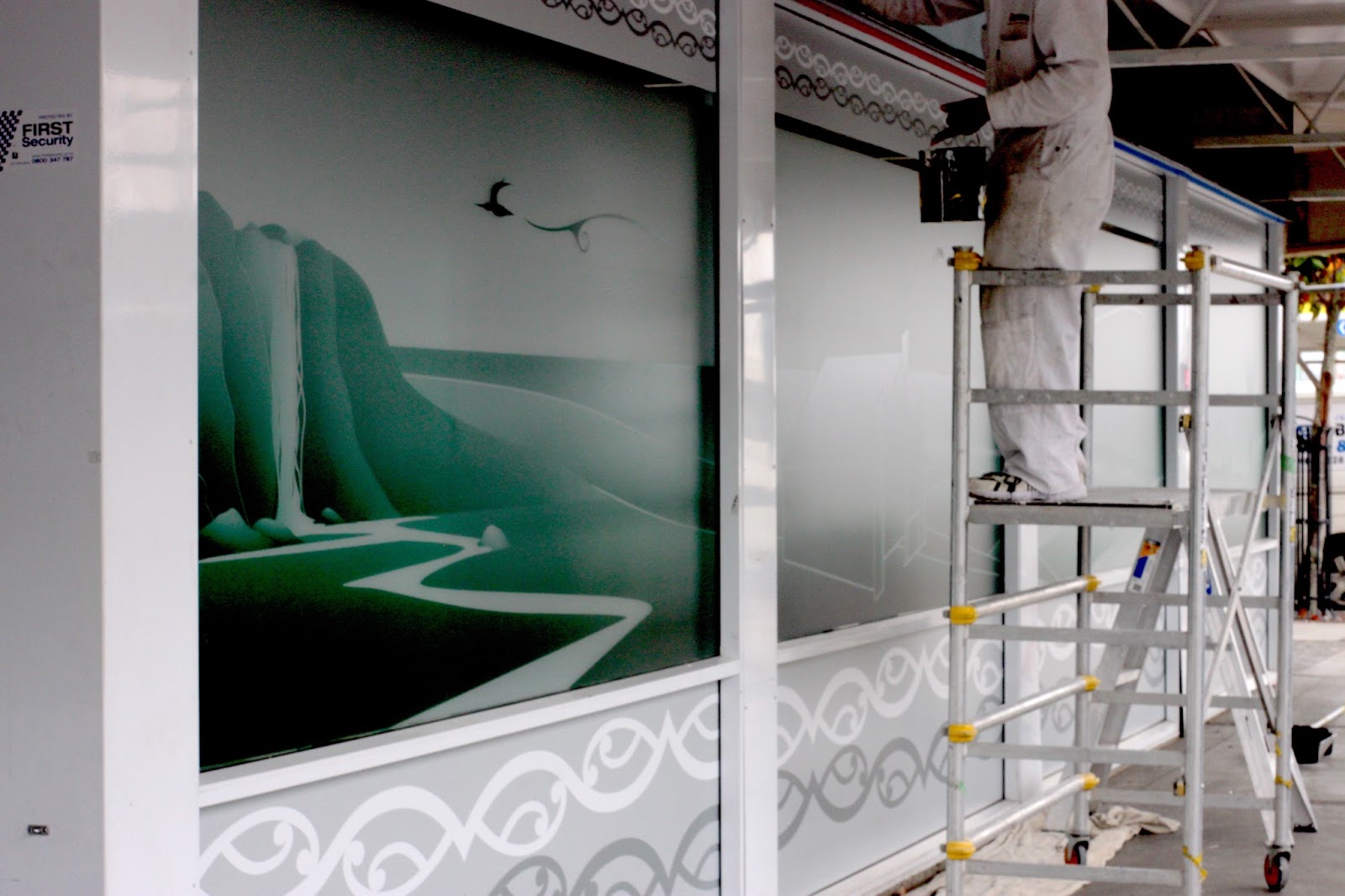 The blessing of Te Hiku Pātaka at 138 Commerce Street, Kaitaia, will be at 6am on the 13th of June 2022, followed by the opening at noon. Te Hiku Pātaka aims to provide a bilingual social shopping experience to help vulnerable whānau shop within an uplifting, non-judgemental environment.

Phillip Murray, also known as Hoddy, spoke to Te Hiku Radio and explained the wairua that they want to instil within the four walls;

"We want to provide a solution for whānau in a dignified way to fill their basket. We will use kupu Māori for our signs, embed tikanga and mātauranga Māori. We want it to be like they are walking into a marae.”

The driving force behind Te Hiku Pātaka are organisations that have been operating for many decades within the local community and are a true reflection of the vision for this kaupapa as independent rōpū with similar values as their collective. Te Kahu Oranga Whānau - a collective of Te Hiku iwi, Waitomo Papakāinga, Te Rūnanga o Te Rarawa, Te Kahu Tuhiata, Mahi Ora and Te Whare Ruruhau o Meri have collaborated in partnership with Foodstuffs. The kaupapa has been modelled on a recent successful social supermarket opening in Te Whanganui-a-Tara by Wellington City Mission and Foodstuffs.

"Our Māori people are very prideful people and they don't want a handout - they want a hand up, and so what we want to promote is the experience where they feel they are giving to what they are receiving. That's why we are operating a koha model when they initially come in where there are no strings attached - they come in and they select kai and then if they return on the second [visit] - they give us a koha; a low-cost model where they're contributing to receiving the goods they may take from the shelves" - Dee Ann Wolferstan (Te Whare Ruruhau o Meri)

The process for whānau to receive kai from the pātaka is based on a points system and individuals won't be able to just turn up. They will need to be referred by one of the partnering organisations. The points are allocated depending on the size of the family and a koha is expected of whatever is affordable to fill the trolley upon their first visit. 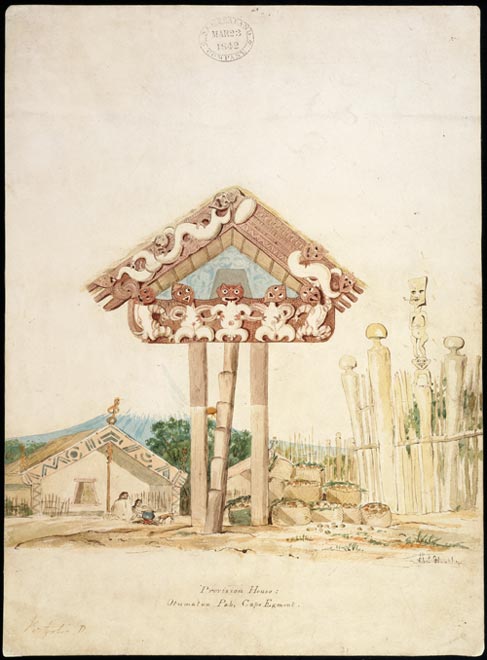 Hoddy spoke about the ideology behind the design of the building. The concept of the shopping experience being special for every whānau is important because they want to step through the entire process with people to ensure they are meeting their overall needs and can identify other areas they may need assistance with. The design will be similar to that of a marae, helping whanau feel comfortable within the environment;

“We want to create a space of aroha for whānau.” 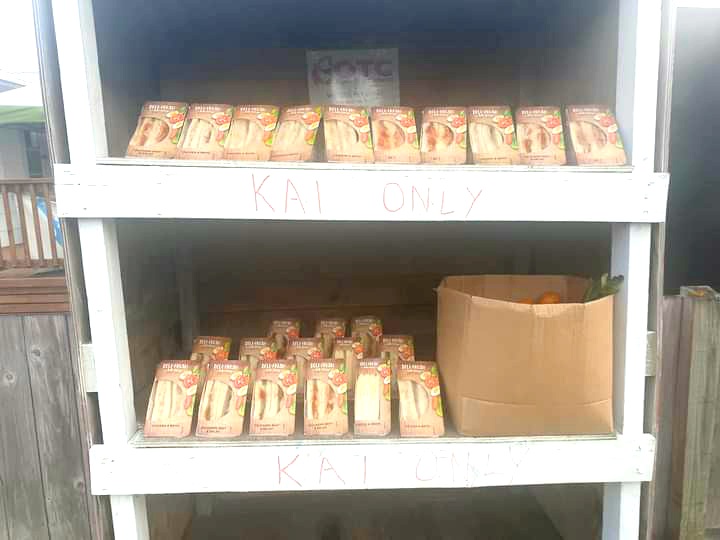 Waitomo Papakāinga and OTC have established pātaka kai to help whānau in need on a smaller scale within Kaitaia with huge success. They regularly contribute kai alongside other businesses and members of the community. You can put kai into these wooden structures and take what you need for free.

The Pātaka Kai website provides the locations of all pātaka kai within Aotearoa and there are many community groups across Aotearoa working hard to leverage food affordability for whānau by using similar initiatives. The community and collaborative vision of this particular website are to mitigate food insecurity, strengthen community bonds, turn strangers into neighbours, and help provide spaces for those in need to visit at their discretion.

The Te Hiku Pātaka is a collective movement like the many initiatives across Aotearoa that have taken steps to create change. Te Hiku Pātaka will also incorporate wrap-around social services by utilising the collaborative partners to ensure whānau can reap long-term benefits from this experience.

The Heart Foundation of New Zealand states that;

“Two out of five households in New Zealand struggle to afford good food. Healthy food supports a healthy heart and well-being, so it is important to work out ways to ensure families have access to healthy food.”

Living costs in Kaitaia are soaring and whānau continue to struggle to meet their daily needs. Fresh Start in Kaitaia is for those who have maxed out their Food Grant allowance at Kaitaia Community Link and this year they gave out a record-breaking 687 food parcels in January alone. Schools like Kaitaia Primary try to reduce financial stress on whānau by giving free stationery and selling the school shirts for only $10 each. Te Hiku Pātaka will most definitely play a positive part in the ecosystem of reducing poverty statistics for our community.

From General Manager to CEO

Katie Murray Chairman for Te Hiku Iwi Development Trust talks to us about Carol Bergan and her mahi with Te Hiku
3 years, 6 months

Hoddy Murray shares the new opening dates as well as the progress so far for the long awaited shopping mart for whānau in need
6 months, 2 weeks

TUPU is an initiative designed to grow sustainable employment opportunities in the vast fields of horticulture.
1 year, 7 months