Winners of Te Kaharoa’s Write a Song Competition were announced by New Zealand musician Troy Kingi (Ngāpuhi) on Instagram on the 2nd of June 2022. The other judges for this competition were Pere Wihongi (Ngāpuhi) and Awatea Wihongi (Te Arawa/Ngāpuhi). The task was for entrants to write and produce an original song. The contestants needed to be based in Muriwhenua and be aged between 12-24 years of age to keep the entries localized. 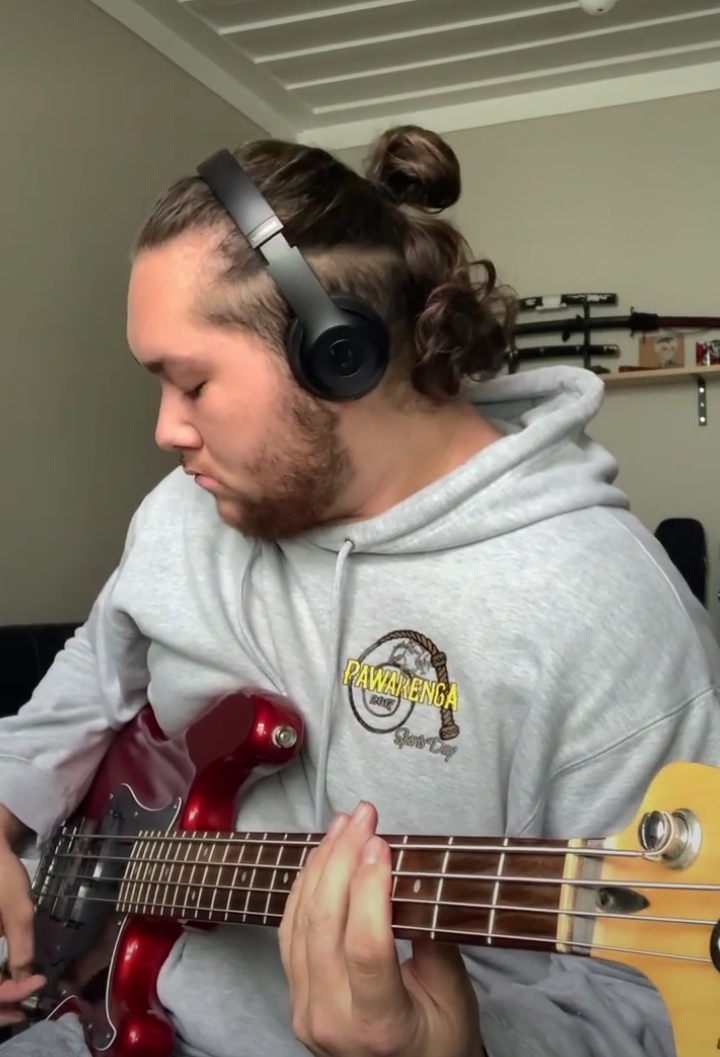 First place was won by John-Alec Grbich with his song ‘Neji Hyuga 2.0’. His talent is reflected through his musical ability to create and coordinate several different sounds with his guitar. His entry was a sultry, modern twist with an inch of the traditional Chinese guzheng instrument mixed throughout. Tautīnei asked John-Alec what inspired him when it came to writing and producing music;

“Anime inspires me. Anime and TV shows have so much happiness, sadness and anger. They make everyone feel a certain way and I’m able to play how I feel about a show through my music.”

John-Alec has been playing the guitar since he was eight years old. It wasn’t until his teenage years that he started to take music more seriously.

“This prize pack is amazing and full of music recording gear that will help me upgrade my bedroom studio,” said Grbich. 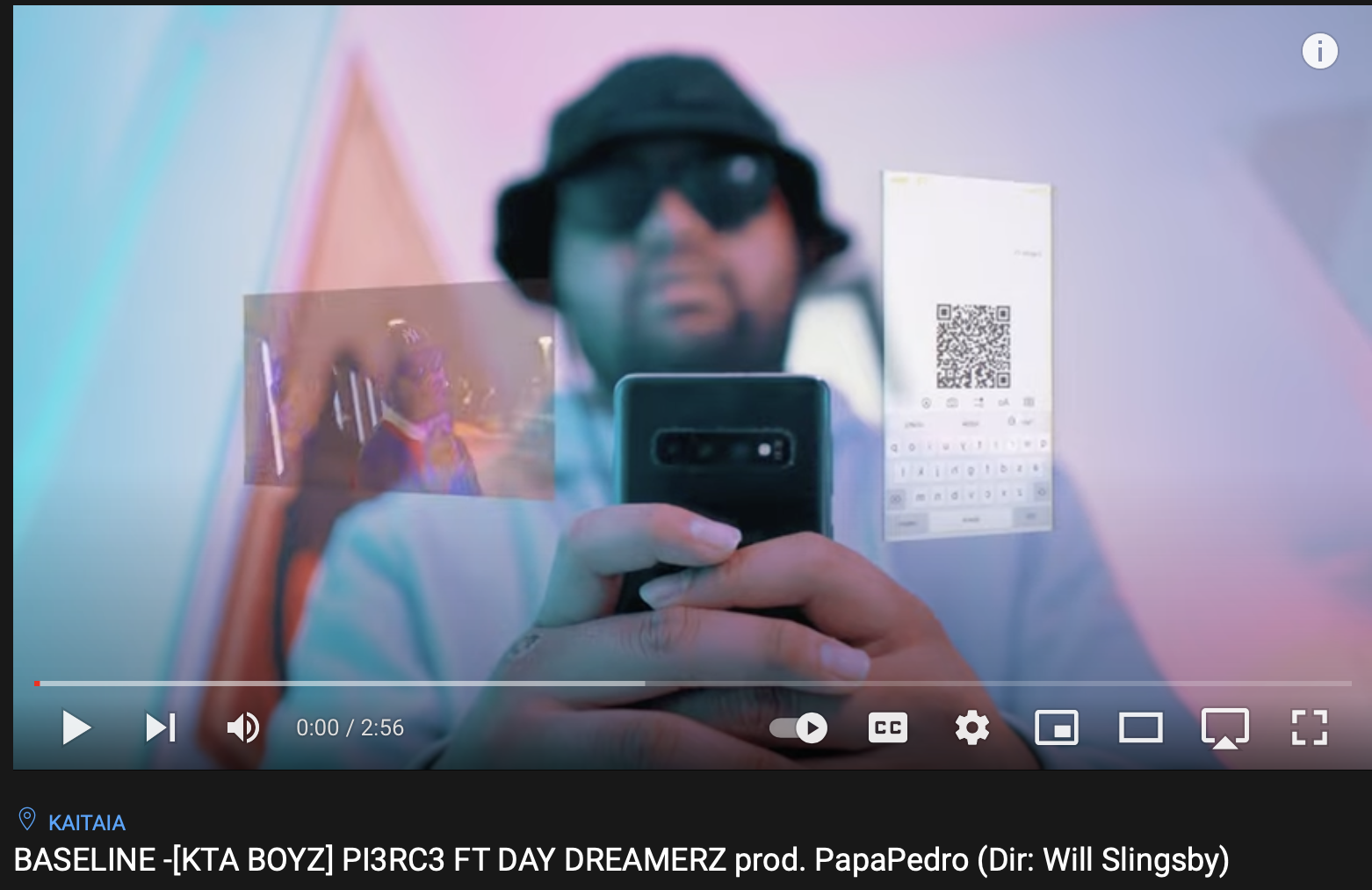 Second place was won by PI3RC3 with his song ‘MJ’ where his smooth vocals are layered over acoustic melodies. He has recently released an upbeat tune featuring Day Dreamerz with cheeky lyrics related to the Far North, set against a pop art quirky video clip. This song is called ‘Baseline’. We asked him about his inspiration when he writes music and what the process was like making his video clip;

"Just being real, trying different things and I actually filmed Baseline at my Mum's house, that was my Mums toilet." 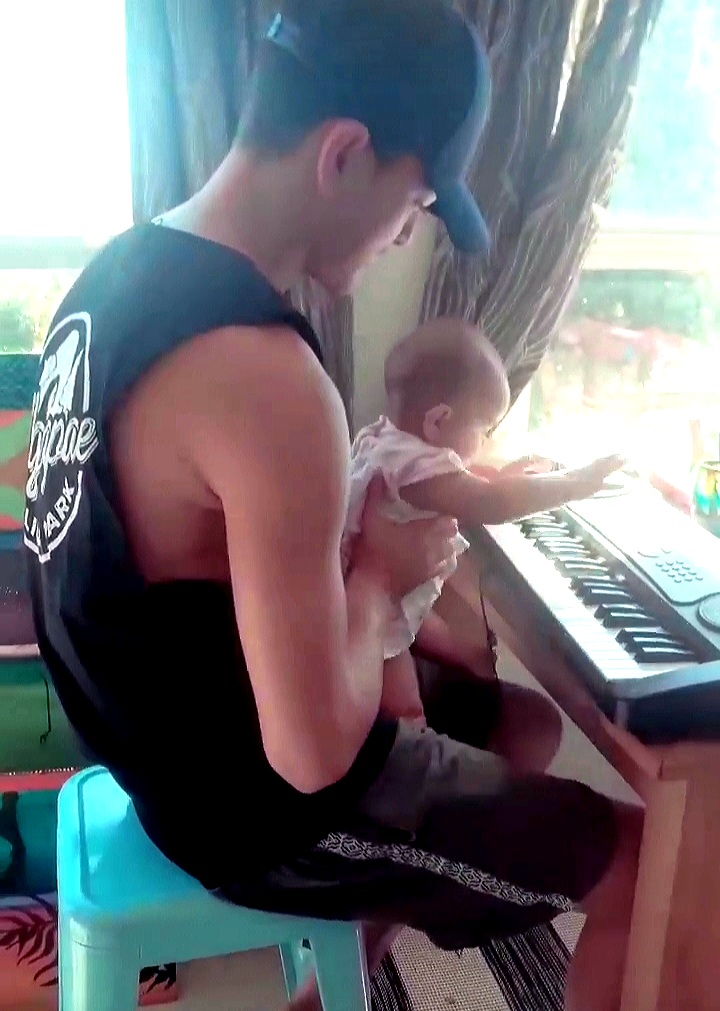 Third place was won by k1dDallas, also known as Dallas Kernan. His younger brother Layton Kernan also features in their song ‘CantRelate’. They wrote their song while on holiday with their family around the South Island using their surroundings to inspire their entry. They have always had a love for music and this competition gave them an avenue to test themselves and learn about other musicians in Muriwhenua. Dallas (k1dDallas) is 16 years old and started playing the piano when he was five years old. He has maintained his love for music ever since. His younger brother, Layton, loves to belt out a tune and is only 13.

“I have always played piano and keyboard. I can play other instruments but have always liked piano. I can listen to a song and usually play it. I like listening to all sorts of music too, I don’t like having a single genre to stick to, I like to experiment with sounds and try new things” said Dallas.

First, second and third place took away major prizes, while a selection of spot prizes were also awarded to more budding musicians. The prizes are a musician’s dream and include major pieces for setting up a studio. Prizes included a lifetime license to music-producing software called Serato, speakers, a DJ suite, headphones, vouchers, amplifiers and more. Third place winner Dallas told us;

“Being able to win a prize for something I really love doing doesn’t feel real. My cousin Payton loves music too and he won a lifetime license to Serato (a music production software) as a spot prize for entering his song.”

The prizes were sponsored by big players in the music industry such as Serato, NZ Music Commission, Rock Shop, Mix Foundation, JBL Music and more.

Te Kaharoa is a new kaupapa funded by the ANT Trust (Te Aupōuri, Ngāti Kahu, Te Rarawa Trust). The ANT Trust played a major role in increasing the vaccination rate in Te Tai Tokerau. Adrian Marsden spoke to Te Hiku Radio about their involvement in local efforts to support whānau throughout the COVID-19 pandemic. The ANT Trust put their focus on supporting the older generation, followed by the establishment of Te Kaharoa to focus on the younger generation.

Te Kaharoa reflects the same goal of providing tautoko for the local community, but specifically focuses on rangatahi. They do this by creating a digital platform for rangatahi to engage, interact, tautoko their peers, participate in community activities and enter competitions. This competition encouraged creativity through music and offered some impressive prizes to inspire rangatahi to embrace and share their creative instinct and talents.

Te Kaharoa have created a digital space that will have everlasting effects on the future of our rangatahi as they utilise this platform to shape their talents in a modern world. One of the first competitions they ran involved rangatahi making a short film, followed by the song competition and now a poem competition. A string of creative tasks to empower our highly talented rangatahi.

The name Te Kaharoa is very fitting for this kaupapa, one that is constantly inspiring rangatahi and building our future leaders. The book, The Tribes of Muriwhenua, written by Dorothy Urlich Cloher and translated by Merimeri Penfold, explains the meaning behind the metaphor used in the naming of this kaupapa, Te Kaharoa.

"Kurahaupo, which brought Pohurihanga, his navigator, Pipi, and their group from Polynesia via Rangitahua (the Kermadec Islands). After having suffered a mishap there (the canoe was holed crossing a reef into a lagoon), many of the original passengers continued the journey in other canoes (the Aotea and the Mataatua being specifically mentioned), while Pohurihanga and his companions mended the Kurahaupo.”

To commemorate this event, they later gave themselves the name Ngāti Kaha or Kaharoa, which referred to the strong sling-line of the net that was used to bind the fine matting or takapau in place in order to patch the hole."

This metaphor describes the values that the Te Kaharoa digital platform hopes to instill within our local rangatahi full of many talents; to give them a place to grow and shine. Strength and resilience to name a few.