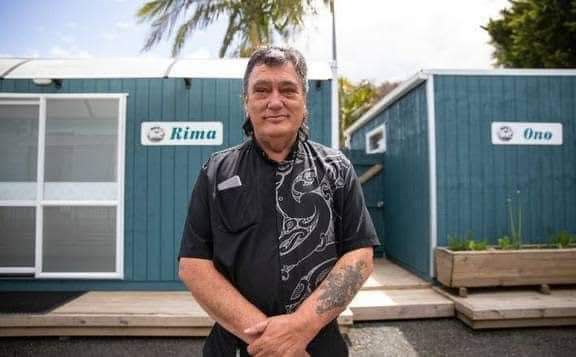 Te Taitokerau is mourning the loss of an extraordinary man. Ricky Martin Houghton (Ngāti Kahu, Te Paatu, Ngāti Whātua), born 7th April 1960, passed away peacefully on the 18th July 2022. He was surrounded by his whānau at his home in Massey, Auckland and was aged 62.

Houghton was the loved husband of Rosie and cherished father of Shane, Shar and Crystal. He was a doting grandfather to his many mokopuna. Houghton's cousin, Leah Wright, wrote;

"I pay respect to you Rosie, for allowing our cousin to shine his light on our people and be that extraordinary man in an ordinary way - developing tino rangatiratanga."

Houghton’s whakapapa connected him to a range of movers and shakers of Te Taitokerau. Sir Graham Latimer was his uncle,  Dennis Hansen was his first cousin, and the Tobin family are second cousins. He was destined to be an influential leader and in turn inspired our nation. 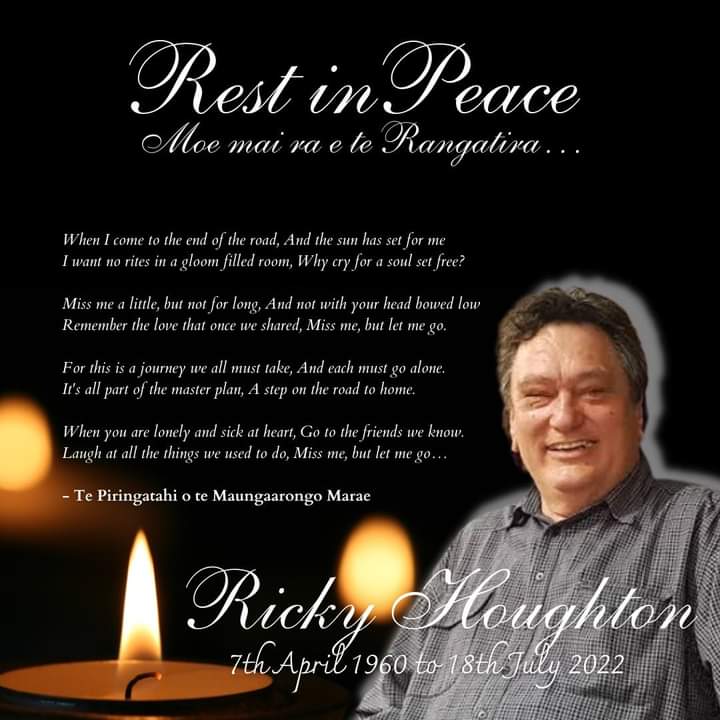 "The Marae also wishes to acknowledge the mahi Ricky has done within the community for whānau, hapū and Iwi throughout Aotearoa, and also as an original Pou of Te Piringatahi o te Maungaarongo Marae.

His cheeky smile and vivacious laugh will be incredibly missed among whānau and friends, colleagues and associates." 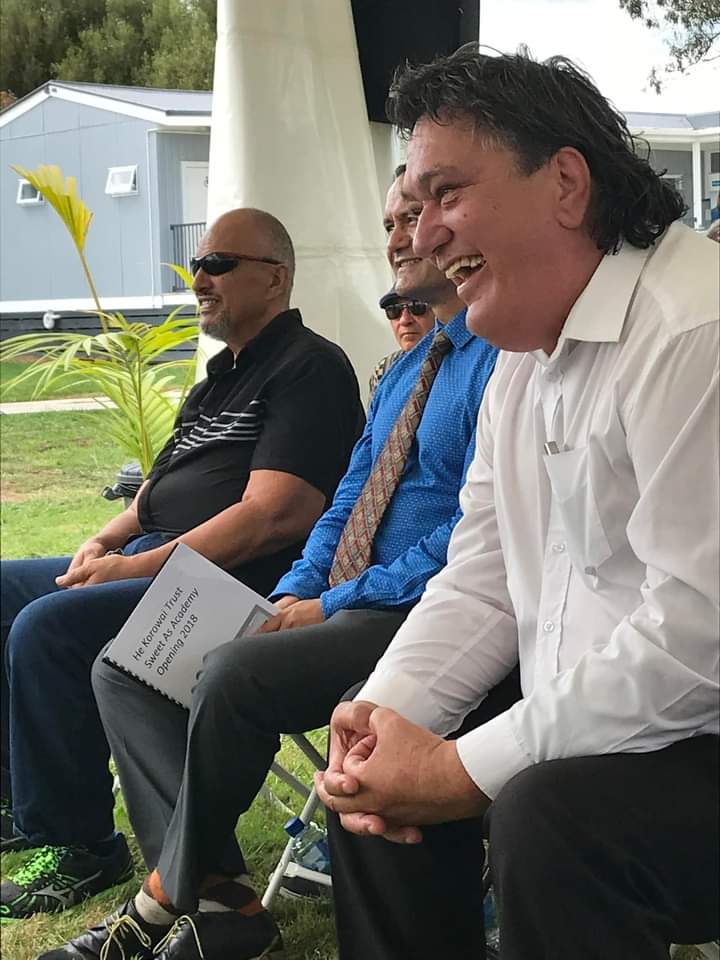 Houghton was a staunch and passionate advocate for his community. He was Chief Executive of He Korowai Trust, named New Zealander of the Year in 2018 and a human rights champion who dedicated his life to improving the lives of others.

He served his people, bringing many families to a place where they felt mana, awhi and love. Houghton was the pioneer of making direct change to the social landscape within Te Taitokerau and gave urgency and diligence to housing, welfare and restorative justice.

Continuing his legacy, alongside many hardworking staffing members of He Korowai Trust, is Waitai Petera (Chairman). He told RNZ that:

"Houghton was a man who did not want praise but instead just wanted to do the mahi which was wide ranging."

"He pulled everyone up when they were down, if they were before the courts, he went and took them to the courts, he just about fought for them in the courts too. He let anyone and everyone in regardless of what, just to help them out and to make sure their whānau aren't going to get cold. He never stopped working at all, he always had something going." 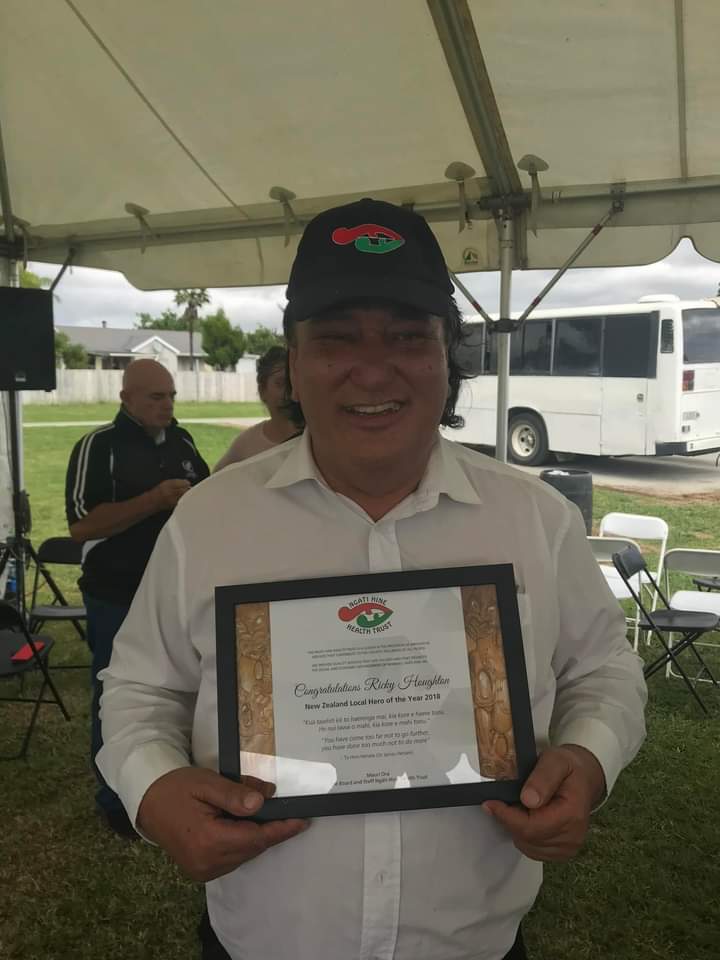 Houghton created an affordable housing program which incorporated transitional housing, cabins and hotels, rent-to-buy homes and a building academy. He was always thinking ahead. Houghton spoke as a panelist alongside Mariameno Kapa-Kingi on Te Hiku Media's Whitiwhiti show in April this year on housing and inspired viewers by sharing his knowledge and experience.

"He Korowai Trust had to lodge a claim to ensure Kiwisavers could be put toward homes being built on papakāinga. Whānau who can't afford to live in Auckland, or other expensive places, couldn't even come home and live on their own whenua. We have to demand these changes for wellness" said Houghton.

One of the new mortgage schemes for papakāinga housing is called 'Kāinga Ora'. It allows borrowers, who have a licence to occupy whenua Māori, to build a home with no deposit if the home is valued under $200,000. Finance security is attached to the home and not the whenua which is a big shift in past borrowing regulations that once held both whenua and home as lending security. Houghton influenced this change and would find relevant ministers to discuss these issues with. He also influenced new legislation that now makes it clear that whenua Māori is now a type of whenua that is eligible for a first home deposit withdrawal from Kiwisver.

Houghton was always thinking ahead. Hone Harawira described Houghton as a great man and a genuine free thinker;

"And when I say 'free thinker', the man's mind was phenomenal. He could think steps beyond a policy before the policy was even written" said Harawira. 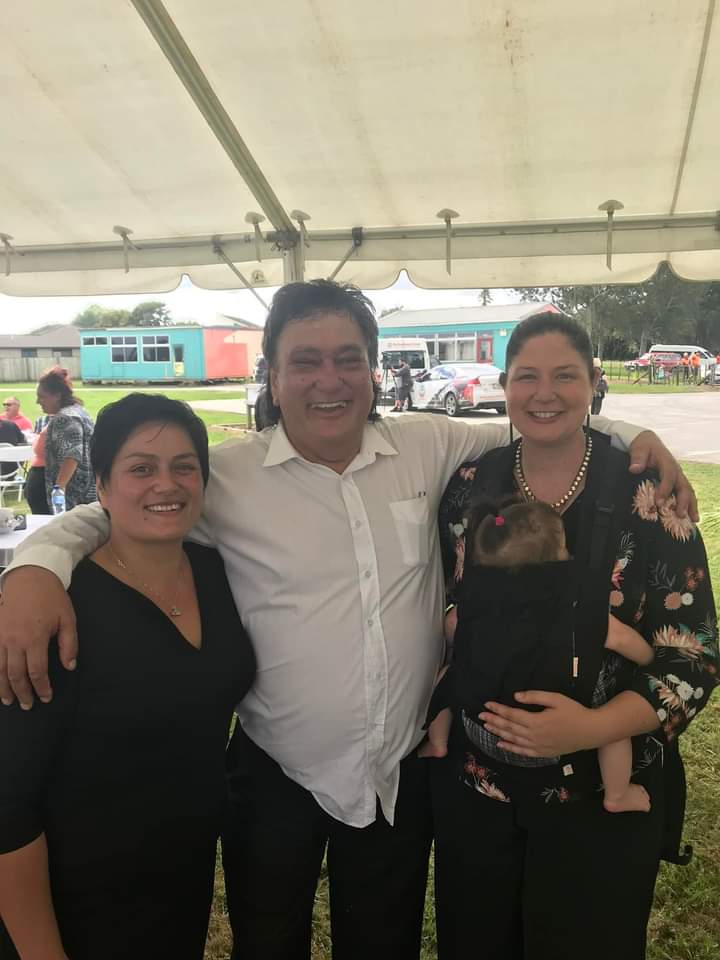 Houghton was well-known across Aotearoa; from ministers to struggling families, whether storming into Wellington to demand change or walking through his housing developments creating safer living environments. He wore his heart on his sleeve and let his rangatira instincts lead the way.

"Ricky was such a tenacious advocate for our communities. He was always innovating, always trying to think of ways to tackle our challenges, and was constantly challenging the status quo. I really admired him" said Prime.

Shane Jones also spoke of Houghton in high regard. He spoke to Te Hiku Radio about the work Houghton accomplished and his commitment to his people. Jones also paid tribute to Houghton via New Zealand Herald:

"We share a mokopuna together and have spent a tremendous amount of time from the 1980s on a shared journey.

"Ricky's legacy will follow in the footsteps of other prominent Te Paatu hāpu community leaders such as Sir Graham Latimer, Dennis Hansen and Waireti Walters. 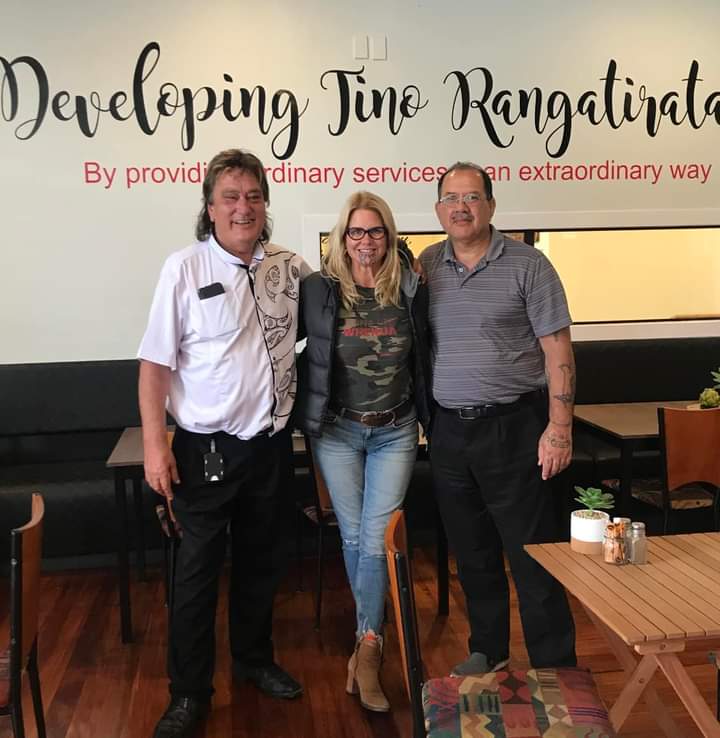 A true trait of a rangatira includes putting the future of your people first and Houghton definitely done this in many ways.

In 2018 he told RNZ about how he imagined the future, and what the families who he helped may say to his mokopuna.

"You know your poppa? He helped my parents and now I will help you."

Houghton was always ensuring that his legacy, awhi and manaakitanga lived long past his time in many ways. This attribute was also supported by Dr Hinemoa Elder, who said that he made the world a better place in practical ways that will continue to benefit generations to come.

Houghton's final farewell is this Friday 22nd of July 2022 at 11am Te Paatu Marae, Pamapuria. He will then be taken to Tarakaka Urupā for burial.

We explore the lives of mokopuna who have taken on caring roles within their whānau
6 months, 2 weeks