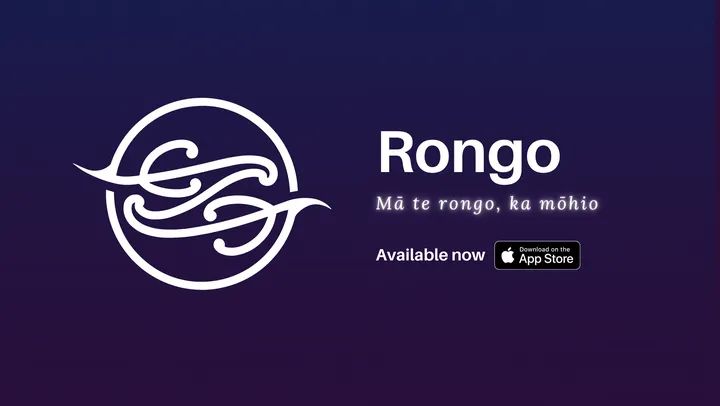 One of the first things you’ll notice when you try Rongo, the latest app from Te Hiku Media to improve the pronunciation of te reo Māori, is that there are no words on the screen for you to read. Tautīnei spoke with the developers of the app to find out why.

Officially launched on the 18th of July, Rongo has already had over 5000 downloads. Despite only being on iOS/Apple at the moment, the response has been overwhelmingly positive. But one piece of feedback keeps coming through, “I wish there were words on the screen”.

Dr Gianna Leoni, a member of the app development team, said, “We get it. In today’s world, if you want to learn something, there are probably 100 YouTube videos, an online course, a Wikipedia page and someone has made a bunch of TikToks. Basically every learning method is out there.”

“Rongo strips it right back to simply listening and talking. We really believe in the method and there is evidence to support it”.

Rongo is an aural first experience, where the user is challenged to listen carefully in order to imitate the correct pronunciation.

Suzanne Duncan, Chief Operating Officer, described it as the perfect marriage between ancient and traditional Māori learning methods such as listening then repeating, and sophisticated artificial intelligence tools in the background.

"When you speak to the app, our natural language processing tools will either say, āe, tino pai, haere tonu to the next phrase’ or it will say hang on a minute, let's try that kupu again, we didn't quite get that one right."

The words for the phrase will only appear on the screen as extra support after a number of attempts. The written list of the phrases are also available to the student at the end of the taumata or lesson.

The method has seen success in a study out of the University of Otago, where first year students of Māori performing arts, were taught the waiata and haka in the dark. Findings from the experiment showed increased improvement in retention of the words and excellent pronunciation. An amazing result considering a majority of the students were visiting international students.

Duncan stated that she is often reminded of something she had heard from one of the Te Reo Irirangi o Te Hiku Media iwi board members, “The quality of the output is determined by the quality of the input.”

“The more we thought about the method and this concept of listening to quality input, the more we saw examples where taking away the written word and focussing on the sounds, especially in the beginning, provided great results.”

“One example is when Rob Ruha and Ka Hao’s waiata ‘35’ went viral on TikTok. You saw these content creators from around the world absolutely killing it and their pronunciation was mind blowing. It was because they listened to the song so many times before they saw the lyrics!”

The aural-first experience links in to the initial influence for the app’s creation; increasing the number of people speaking te reo Māori with correct pronunciation. Rongo provides a safe space for te reo Māori learners to practice their pronunciation of the language.

“For many people, speaking Māori is the hardest part of learning te reo Māori. There are many barriers and a big one is the fear of mispronunciation. Rongo is a tool that helps people to correct pronunciation and encourages the development of speaker confidence" said Jones.

The app gives users an opportunity to practice their Māori language pronunciation in spaces where they are most comfortable. Rongo uses a machine-learning model to give users real-time, on-device feedback on their pronunciation while they work their way through 24 lessons that introduce new sounds and build in complexity. It starts with vowel sounds, before moving on to diphthongs, digraphs and vowel clusters. While Rongo was not specifically designed as a language learning app, the lessons provide a range of structures and vocabulary that Māori language learners and speakers will find useful. 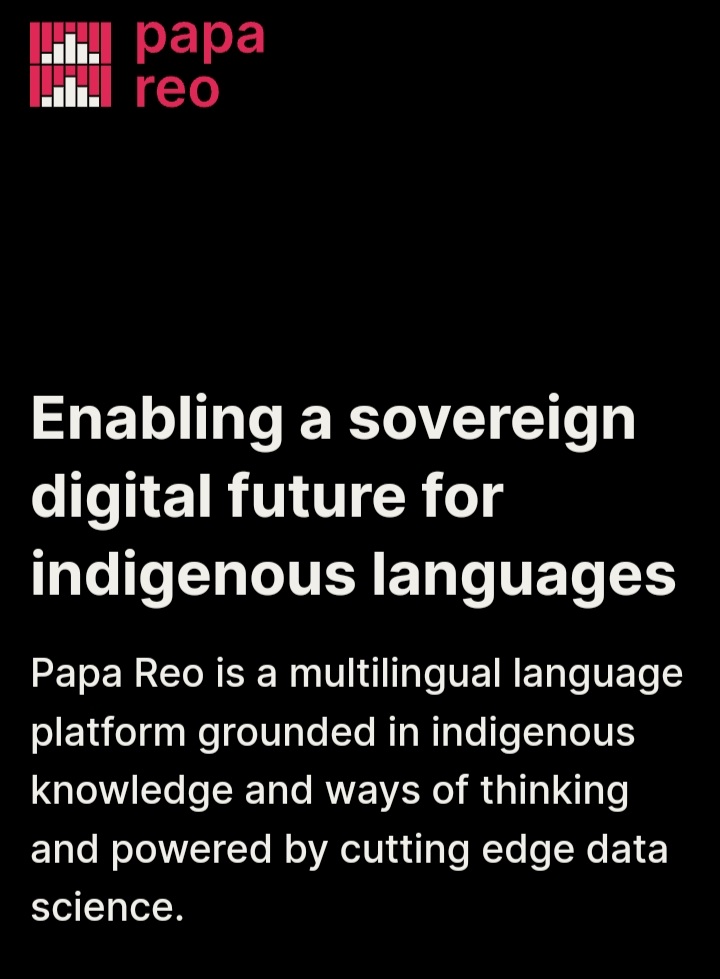 The development of Rongo was supported by Te Mātāwai through the Te Reo Tukutuku fund and the funding received for the Papa Reo project. In 2019, Te Hiku Media was awarded $13 million by the Ministry for Business, Innovation and Employment for Papa Reo, a seven-year data science project that aims to build a multilingual language platform developing natural language processing tools starting with te reo Māori.

The overall aim for the Papa Reo project is to utilise artificial intelligence (AI) to help revive te reo Māori and protect the flow of Māori data so it will not be used without the community’s consent. Papa Reo enables smaller indigenous language communities to develop their own speech recognition and natural language processing capabilities, ensuring that the sovereignty of the data remains with them and the benefits derived from these technologies goes directly to their communities.

"To preserve a language is thus to preserve a cultural history. But in the digital age especially, it takes constant vigilance to yank a minority language out of its downward trajectory. Every new communication space that doesn’t support it forces speakers to choose between using a dominant language and forgoing opportunities in the larger culture."

"As many in Silicon Valley contend with the consequences of AI development today, Jones and Mahelona’s approach could point the way to a new generation of artificial intelligence - one that does not treat marginalized people as mere data subjects but reestablishes them as co-creators of a shared future." 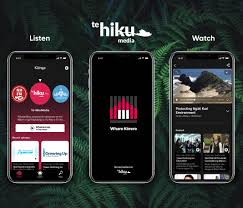 Te Hiku Media are maintaining their core values within every project undertaken. Preserving history, reviving te reo Māori and fronteering a new innovative indigenous space for global communitues to use within their own efforts of cultural revitalisation and colonisation resistance. Part of this journey has involved building a team that understand the goals and whakapapa of the kaupapa.

"The app has been a real collaboration between our Māori-language experts, our iwi radio broadcasting production crew, our data scientists, our talented software developers and graphic designers. It was all hands on deck" said Jones. It is very much a Māori-made and Māori-led app.

For more information about Rongo and a link to download, go to: https://rongo.app/ ordownload it directly from the Apple App Store. Te Hiku Media are currently working on and Android version of the app, updates on its availabilty will be made on social media. If you would like to learn more about Papa Reo visit www.papareo.nz.

We explore the lives of mokopuna who have taken on caring roles within their whānau
3 weeks, 1 day