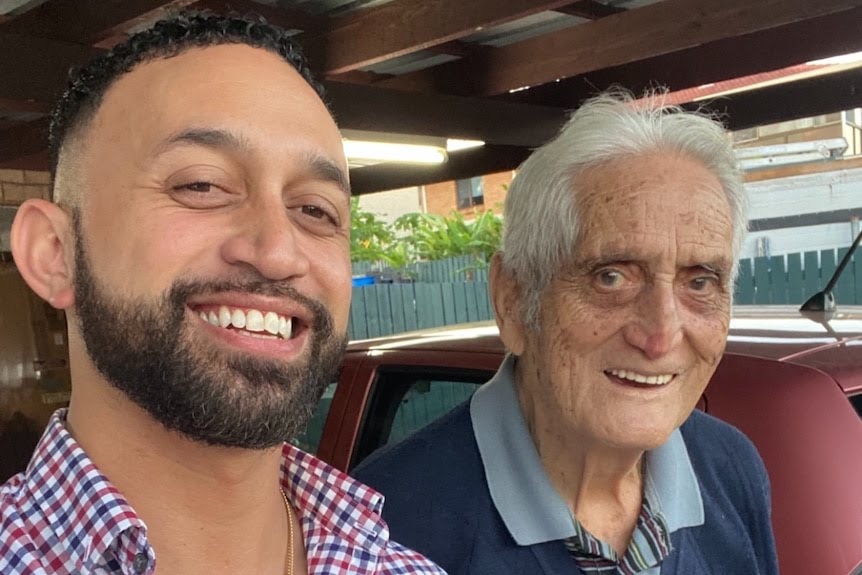 The journey of healing is never linear. Watching a loved one’s memory fade, and your childhood hero gradually become frail can be a difficult and heart-wrenching process.

“Kaumātua are important figures in te ao Māori. They preserve history and tradition, they nurture future generations, they pass on knowledge and wisdom and they provide guidance and leadership. They wrap their mokopuna in unconditional love.”

There have been a number of kaumātua and mokopuna becoming viral sensations as experiences are shared using technology. Nuz Ngatai and grandfather 'Pups' (Harry) who have their very own hashtag #nuzandpups, share their journey via Tiktok. Pups has dementia and his mokopuna, Nuz, decided to help his grandmother care for his grandfather when he saw how overwhelming it could sometimes become for his grandmother.

By establishing familiar cultural perspectives within the healthcare of kaumātua, a comfortable environment is created. Ngatai spoke of his grandfather speaking fluent te reo Māori even though he had dementia. This gave him hope that maybe, somewhere within their daily activities, his papa could remember him. Nuz told ABC that:

"Maori language was suppressed in schools throughout the early 1900s when Harry was growing up, in a bid to assimilate Maori children into Pakeha (white) society. Harry was the only fluent speaker in his family and spoke on his family's behalf at traditional ceremonies such as funerals.”

Now, Nuz is drawing on Māori culture to spark conversations with Harry in his social media videos.

“None of us can speak Maori, only he can, so when you have someone talking Maori to him, he's a chatterbox. I've stimulated his vocab and put him into situations where he replies to me all the time so I ask, 'What does this mean?’" said Ngatai.

It has been heavily researched and proven that better outcomes are derived from embedding tikanga, mātauranga and whaakaro Māori into healthcare frameworks.

Dr Hinemoa Elder (Ngāti Kuri, Te Aupōuri, Te Rarawa, Ngāpuhi) is a well respected Māori adolescent psychiatrist, health researcher and author. Elder spoke to Te Hiku Radio about how the Māori Health Authority will bring better hauora outcomes for Māori in te ao Māori. She encourages and advocates for intergenerational well-being through the incorporation of identity building aspects for Māori within their healthcare.

Similar to Nuz allowing space for his koro to trigger his memory through speaking te reo Māori. As a dementia sufferer, he often forgets who his mokopuna is, but the use of his language and cultural identity brings his memory home again. 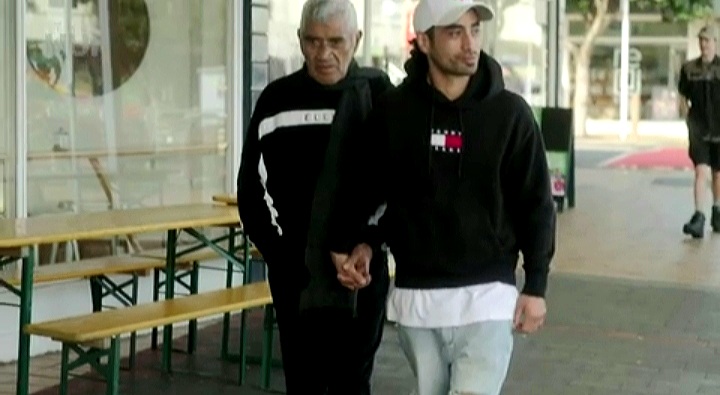 "No, I feel honoured and privileged to be looking after papa. When I started my Tiktok page I had people reaching out to me saying thank you because they were going through the same thing but were too scared to talk about it."

The younger generation are normalising the transition and process of becoming a carer for their elders. This is helping light the path for mokopuna who want to, but who have been afraid to, care for their elders instead of choosing residential care. By stepping in and caring for their elders, they are creating a comfortable, whānau-based environment centered in te ao Māori.

"I get messages all the time from people saying thank you for showing me that. Ive been keeping it hidden but now I see it's normal. It's possible. Walking around with an adult that should be looking after you doing things that a child or a baby does and I think, you know, people feel a bit ashamed to deal with it in public. I appreciate him still being here. I love the fact that I can still touch him, I can still kiss him, I can still hug him. That's me every morning, every night when I wake up, I'll go give him some cuddles and just embrace that he's here. Hello Jim Kingi, hey Jim Kingi. Every morning, every night. And I never fail" said Kingi.

By sharing their experiences, both Nuz and James are helping to remove the stigma, fear and mental barriers attached to caring for loved ones with dementia and elders. Instead, as a duty of care to their elders, they are encouraging others to step into the role of carer. They are creating a comfortable environment for others to open up by sharing their experience. Their actions alleviate pressure, raise awareness and build support systems for those thinking about or currently caring for their elders to help provide quality of life and comfort for loved ones.

With our heels in the sand and hearts on our sleeves, we proceed to create a familiar pathway for our kaumātua, establishing a channel for them to communicate their needs. There are a number of support groups and resources that assist whānau Māori to create the right environment for their kaumātua to navigate the effects of dementia in. Extra time taken in finding the right support will assist whānau through this process. The Health Quality and Safety Commission, who help develop better assessment tools and care for Māori, states that;

“Using reo, whakapapa and waiata will help enhance the well-being of Māori who suffer with dementia.”

Creating the right environment for our elders is paramount to providing suitable care and a familiar environment for them. Kaumātua use wairua to communicate - when their voices can’t, we think we are leading them through this process, when really it is their wairua directing us through the right path.

We explore the pressures experienced by tāne Māori
6 months