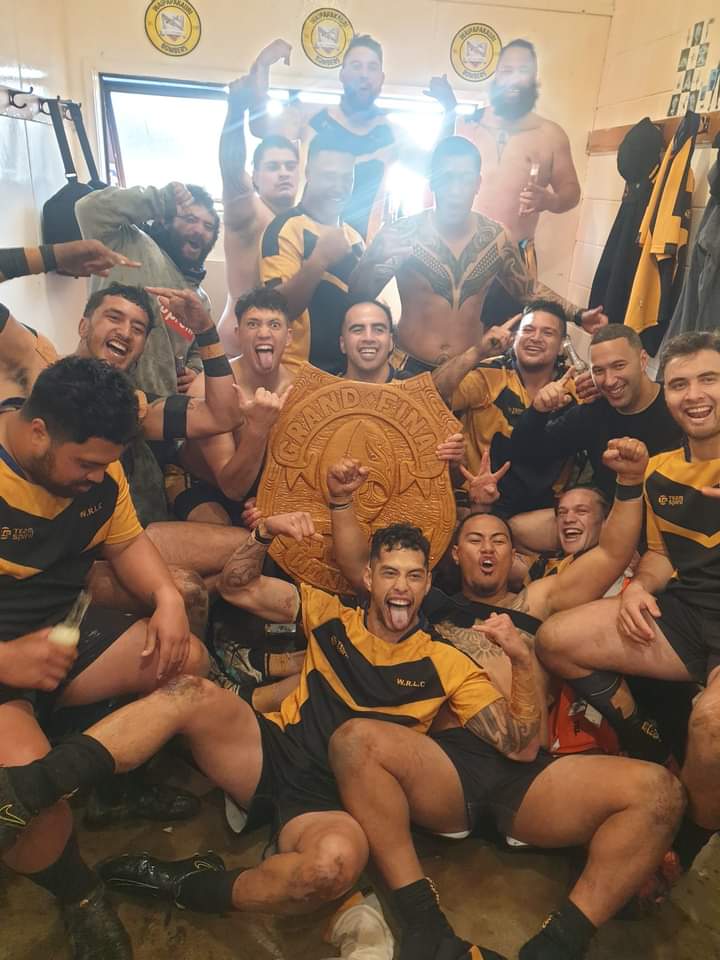 The Waipapakauri Bombers and Ōtangārei Knights were meant to meet in the 2021 Toa Ariki Premiership Grand Final, but it was cancelled due to COVID-19. This year the long-anticipated grand finals created a buzzing environment at Waipapakauri Sports Complex, as both teams came together to battle it out in the TaiTokerau Rugby League final. 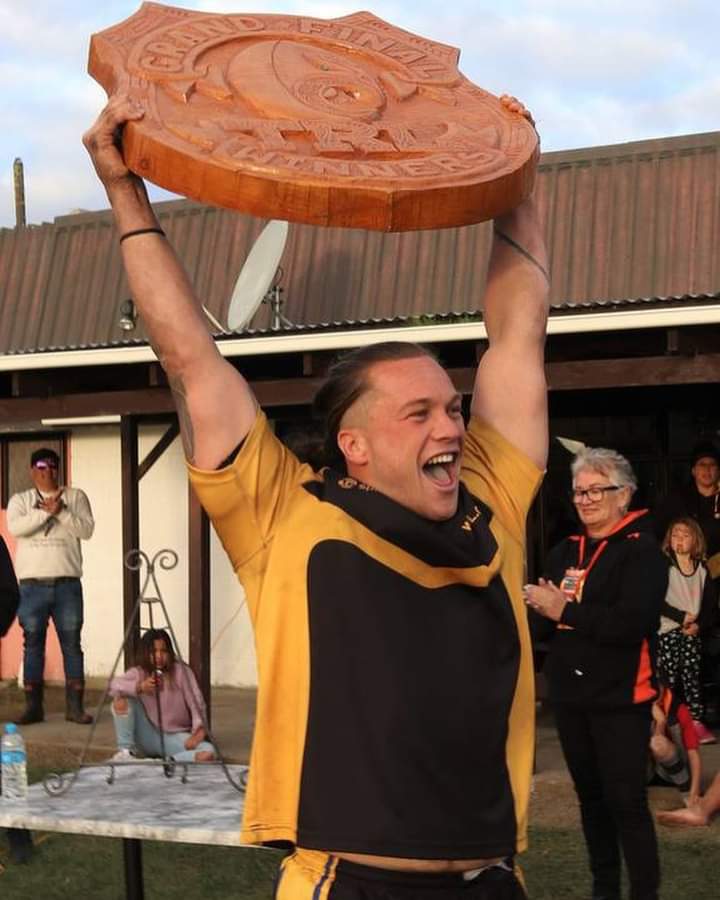 Conor O'Sullivan (Waipapakauri Bombers’ captain) told the Northland Advocate that the match was massive for the Bombers and an equally historic moment for Far North rugby league.

"The win represented the first time to win over a traditionally dominant Whangārei team," he said.

The level of playing is no longer unequally weighted in Whangārei and you can see that the Far North has a lot of good rugby league players coming through," O'Sullivan said. 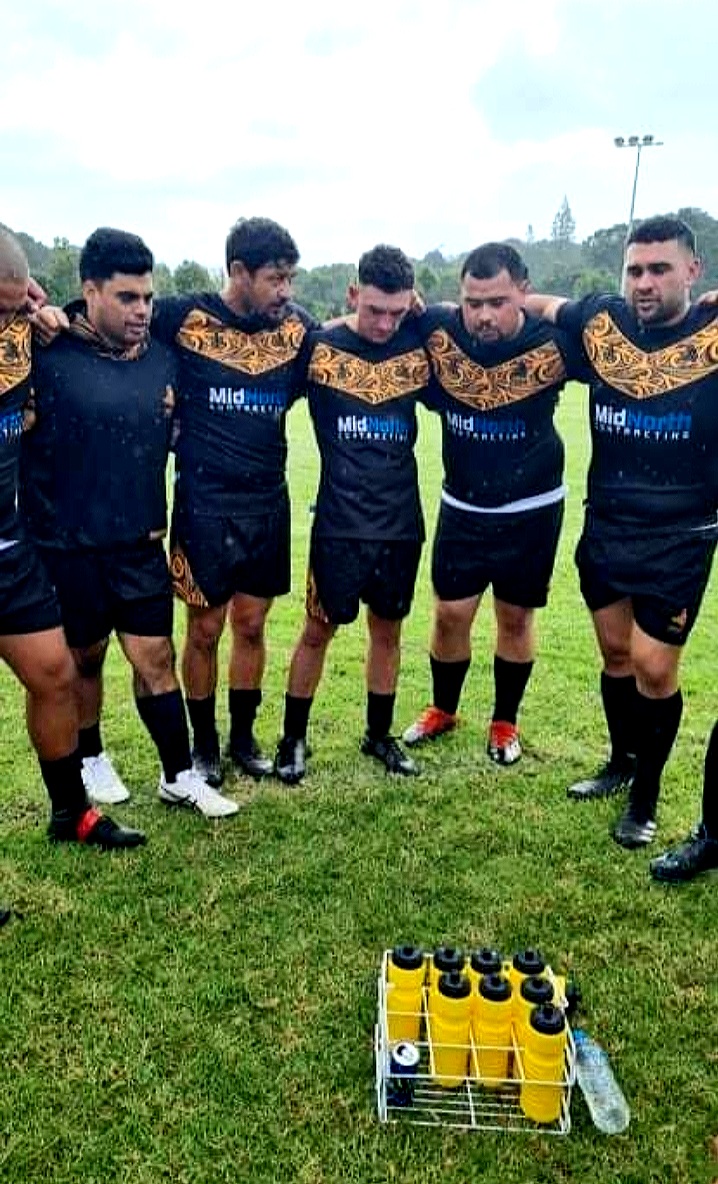 Undefeated through the 2021 season, Ōtangārei Knights battled their way back to 24-24 at full-time which took the match to a Golden Point decider. This meant that teams had an additional period of time to score a point or points, either via penalty kick, a try or a drop kick.

The Ōtangārei Knights missed two penalty conversions and two dropkicks but held their line strongly to ensure the 24-24 draw remained in place right until the final whistle after 94 minutes. This resulted in Waipapakauri being awarded the win, as they scored the first points of the game.

"Because there was no score after the first period of overtime, we should have played an extra 10mins (which we didn’t). However, they explained to the captains at full time that there would only be 10mins of overtime and if no points scored in that time then the first try scorer of the game (Waipapakauri Bombers) would be the winner. And that is why we lost our protest appeal because the captains had agreed to it. Our argument was that they should have just kept to the rules in the rule book and not consulted the captains at all. An error on the ref’s side I believe," explained Johnson.

The final result was contested and Ōtangārei Knights lodged an official complaint to Taitokerau Rugby League in a request to adjust the rules or to be named joint championship winners alongside Waipapakauri Bombers.

"Even if we had scored the first point, we would have still asked to play on to find a proper winner," said Johnson.

The use of the rarely-applied rule sparked a protest but the result stood, however, the Whangārei-based team lost their appeal.

"Our team started slowly that day, we were behind by 20 points at halftime so we did well to comeback in the second half. 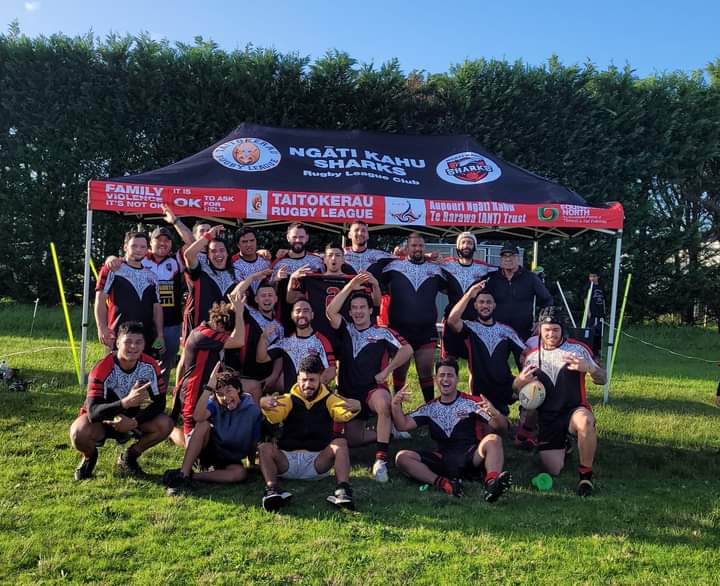 Key elements within the TaiTokerau Rugby League competition are identity, whakawhanaungatanga, iwi affiliations and many sub-competitions are embedded to reflect these things. The Tū Haka competition is a competition that has been incorporated into the TRL to add depth and excitement, as well as to strengthen iwi affiliation and team spirit.

"We want to put our men out there, practising their own team haka and making sure they're done before the games. This builds identity. Ngāti Kahu Sharks are an iwi-based team or there's a strong affiliation with the Moerewa Tigers and Ngāti Hine. That's what we're about," said Patuwairua.

The 2021 Tū Haka Competition winners were the Ngāti Kahu Sharks. Many teams across the competition embedded hauora aspects across their training structure to ensure the benefits of the game were taken back to the players' families, communities and surroundings.

Ngāti Kahu Sharks have built a team and club based on whanaungatanga and support for one another. Te Hiku Media spoke to Billy Harrison and Joel Bristow about their club’s aspirations for 2022:

“We just went over it at our wānanga, and we just built a better understanding around each pillar of Whare Tapa Whā, with our boys. AA lot of them didn’t even know what it means or what it is. It’s not something we touch on every day, but in our wānanga we definitely touched on those four things.”

“Men socialising has been a non-masculine way that we haven’t really allowed ourselves to really consider, our role and our place in the modern day as a man, as a Māori man, and the way we want to stand as a Pou Whakawhirinaki. Someone who is responsible within our whānau, hapū and iwi” said Joel Bristow of Ngāti Kahu Sharks.

The 2022 TRL competition drew a crowd of historical standard, with around 1500 supporters in attendance. As the excitement builds leading into the 2023 seaaon, you can follow the Waipapakauri Bombers, Ōtāngarei Knights, Ngāti Kahu Sharks and the Whangaroa Marlins on Facebook to keep up to date with their progress and witness the Whangārei-based team seek redemption.

"The club is still keen to play next year and will use this as motivation," said Johnson.

Accessibility barriers to kai are still an issue face by our community. We explore kai sovereignty options
1 month, 1 week

Ataria Sharman has created a collection of creative, indigenous, beautiful writings in collaboration with many wāhine Māori
1 month, 1 week