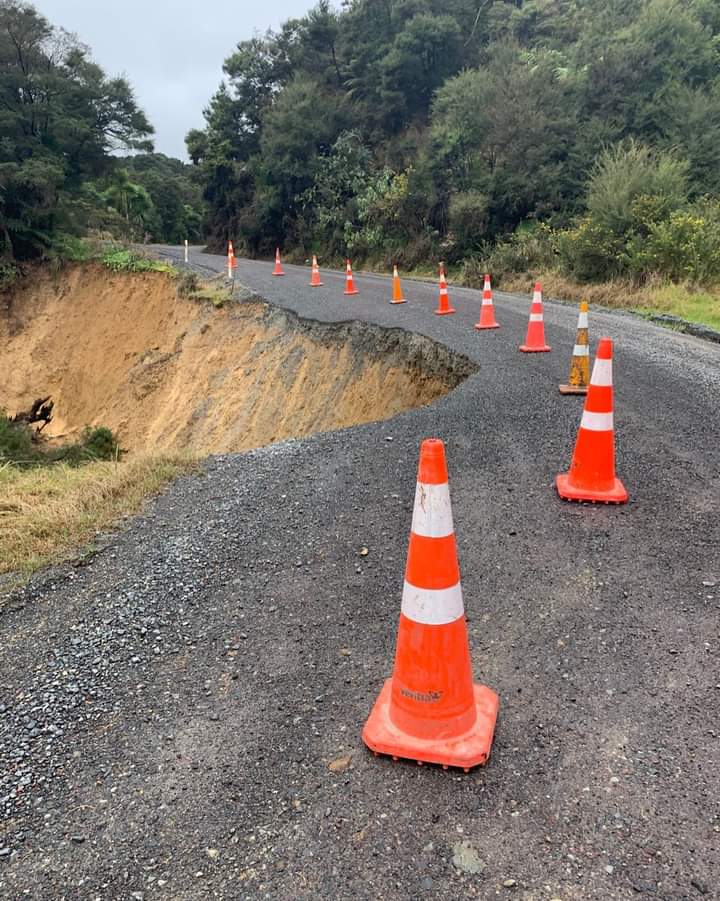 KELLY STRATFORD INFORMED THE PUBLIC OF THE DANGERS WHEN TRAVELING THROUGH MANGAMUKA GORGE DURING THE LAST DOWNPOUR OF HEAVY RAIN LAST WEEK (PHOTO: KELLY STRATFORD)

Kaitāia became isolated from the rest of Aotearoa due to a large slip in Mangamuka Gorge on SH1. There was also heavy flooding on SH10 and another slip in the Herekino Gorge last Friday. Heavy rain battered the Muriwhenua region, wreaking havoc, canceling travel plans, destroying crops, creating hazards and causing alarm.

Councillor Kelly Stratford informed the public about travel routes when SH10 re-opened and how the closing of SH1 would attract more travellers on the eastern highway and put pressure on its infrastructure.

"We have mostly made it through the weather bomb unscathed. But unfortunately there have been a multitude of slips and other damage to our roading network. Our State Highway 1 is closed due to a number of slips in the Mangamuka Gorge. This all puts a lot of pressure on other roads. Traffic was constant on State Highway 10. Today was a day for checking in on people after the deluge. And securing some billboard sites." 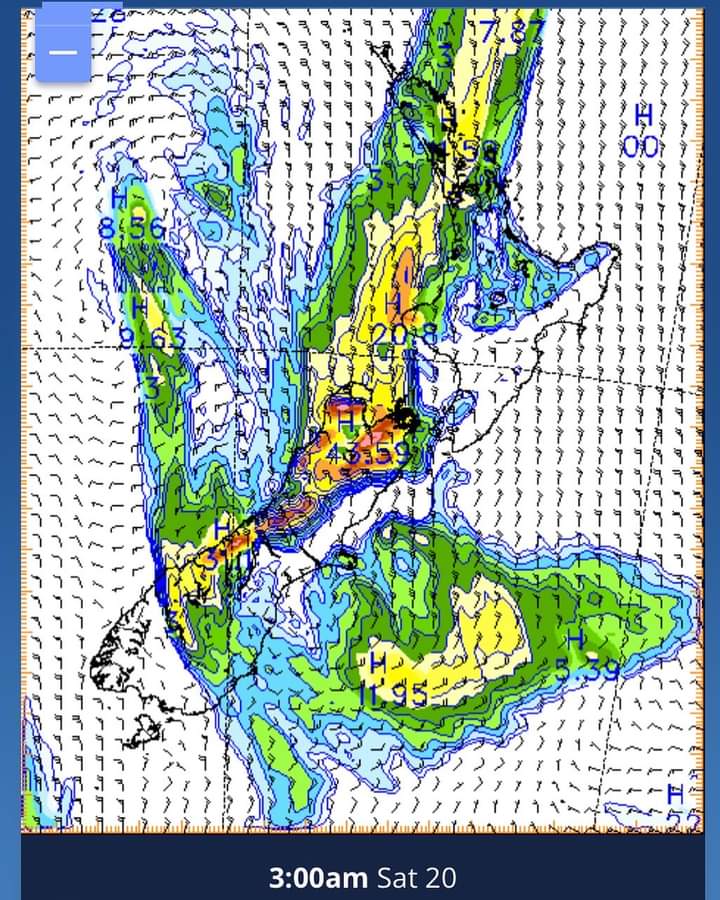 Waka Kotahi warned motorists to restrict any movements to essential travel during the downpour which lasted from Thursday 8am 18th August 2022 to Saturday midnight 20th August 2022.

"With the current conditions, road access to the Far North is limited, and rain is forecast to continue for the rest of the day. Waka Kotahi is urging people to avoid all non-essential travel in the area."

There was 166mm of rainfall across all of July 2022 and 152mm so far in August with 10 days remaining in the month. Waka Kotahi NZ Transport Agency says the damage after heavy rain this week is not as catastrophic as the 2020 event that caused major slips and a year-long closure through the Mangamuka Gorge. Moko Tepania spoke to Te Hiku Radio about this event in 2020 and described the Far North District Council's efforts toward the clean up at that time.

"It is important that we get this right to ensure our local communities aren't effected and it will be a good measure for the future that will allow us to look back on to see if we got it right."

Heavy weather always puts pressure on our regions roading and infrastructure, but our taiao, our natural world, is impacted too with many tuna displaced as they were washed out of their habitat due to flooding. 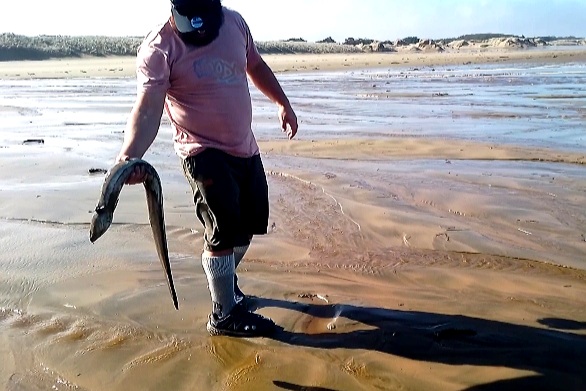 Many awa overflowed and reverted to their natural course as a result of the down-pour. Breaking through battered sand dunes along Te Oneroa-a-Tōhē on a raging warpath that sent thousands of tuna into the sea or washed up on the beach with no energy to travel further until meeting their fate. Aotearoa has two species of native tuna. The long-fin eel, which has a long dorsal (back fin), is found in awa and streams well inland. The short-fin eel has a short dorsal fin does not live as far inland as the long-fin eel; those found along Te Oneroa-a-Tōhē were short fins.

Some of the tuna found between Utea Pā and Te Arai that weren't fortunate or strong enough to reach deeper waters, ended up dried and dead along the beach. Some showed slight hope of survival where local kaitiaki moved them into their fresh water awa or into the ocean.

"It's good that rain like this replenishes Papatūānuku, the trees get water, dirt washes away and the wairua is cleansed. It's beautiful to see historic landscapes reclaimed as the awa take their original course before erosion or man-made infrastructure changed their paths. But you get some of our wildlife displaced. If they're alive, move them back into the nearest awa or the ocean, if they're not so lucky move them off the beach and bury them," said local kaitiaki and Ngāi Takoto Environmental Manager, Kaio Hooper. 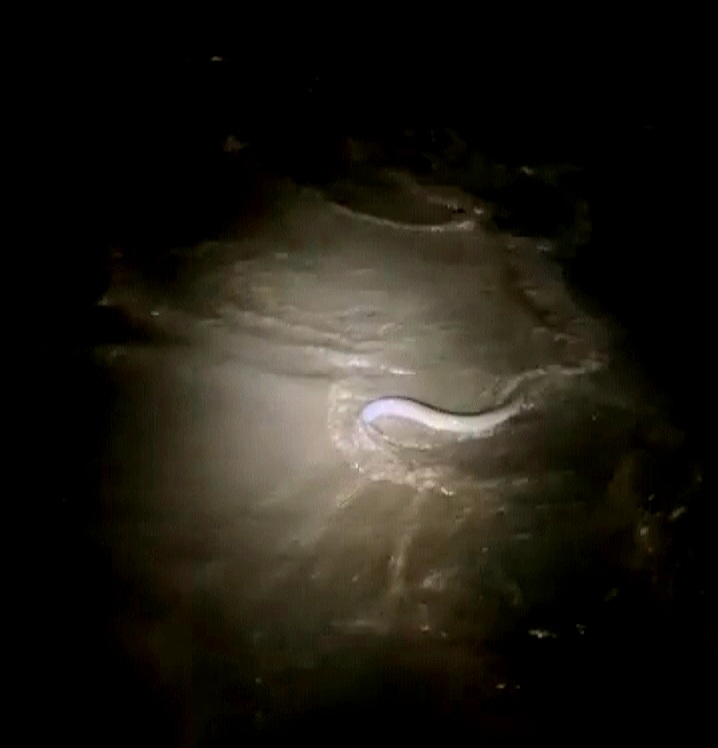 Further south at Waimimihā, many tuna presented themselves along the beach. Local Te Rarawa kaitiaki, Tui Te Paa observed their movements at high tide where they were moving from the awa into the moana in shallow waters. Tautīnei asked Te Paa about her experience;

"You're right about it being like a reset. Aunty Pare saw the footage too and she’s pretty keen to get down and have an ihu the next big rain. I said we’ll pack a flask and go down the river for a couple of hours to see what we can see."

Tautīnei's response was - "Can I come?"

Many guests staying at Ngāpae Holiday Park were alarmed at the sight of tuna washed 'up' on the beach. When given the explanation of those tuna being washed down from their awa because of flooding, they gained an understanding of the impact on our taiao that certain weather conditions can bring, and the caretaking responsibility that comes as second nature to local kaitiaki. 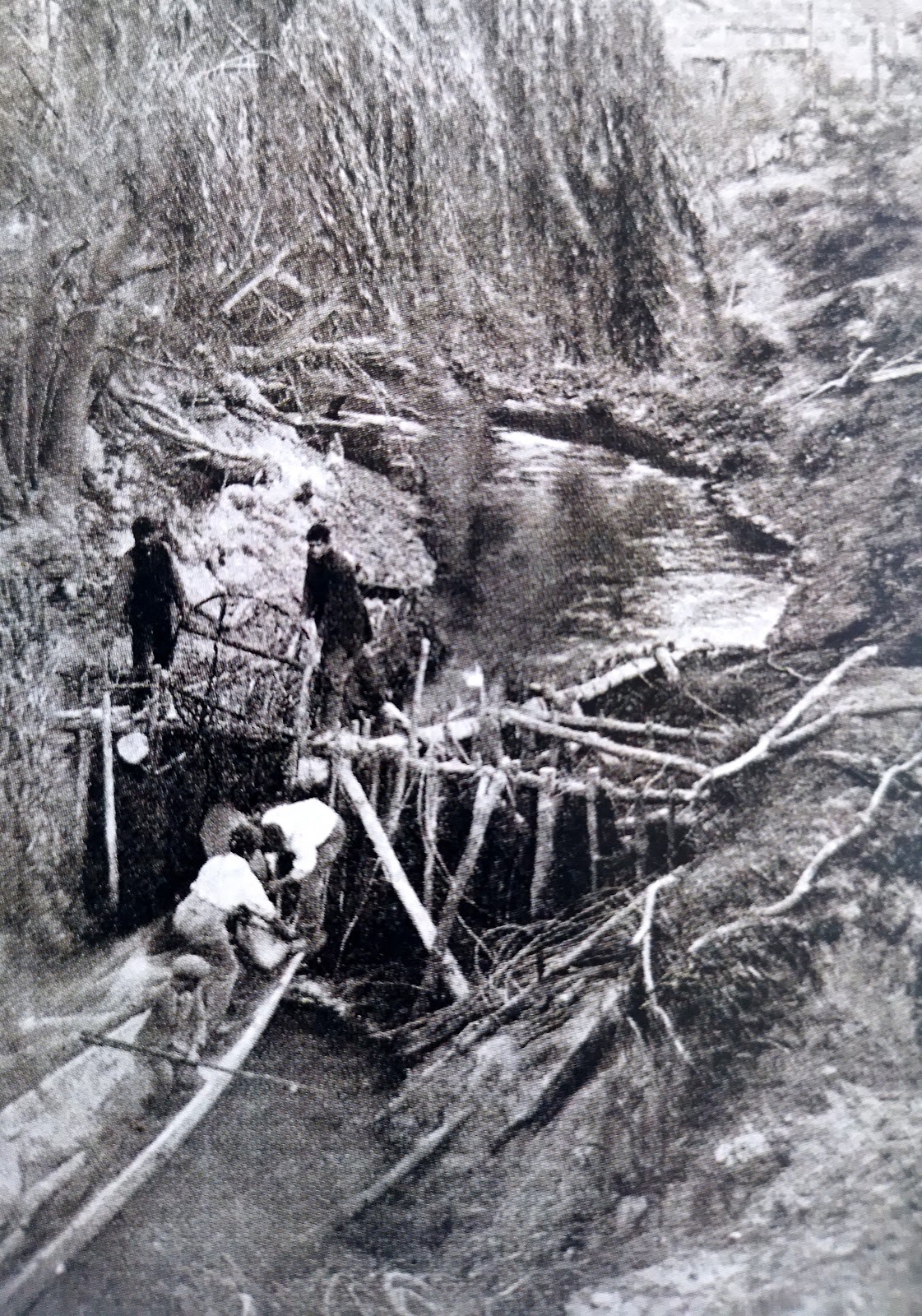 The recent storm impacted both worlds, man-made and natural. By balancing and understanding knowledge within both, we can create a favourable, steady solution to lessen negative impacts on infrastructure and our environment.

The maramataka, the Māori lunar calendar, helps share and preserve traditional knowledge. It allows tangata whenua to traverse life's challenges, navigate journeys safely, plant or gather kaimoana in the most suitable conditions, read weather patterns and live in synchronicity with their natural rhythm of life in te ao Māori. Each lunar month is broken up into nights, instead of numbering the nights, the nights have names. Whiro is the first night of the new moon which commences each month and Mutuwhenua is the last. Ōtāne is the night that is best for eeling. 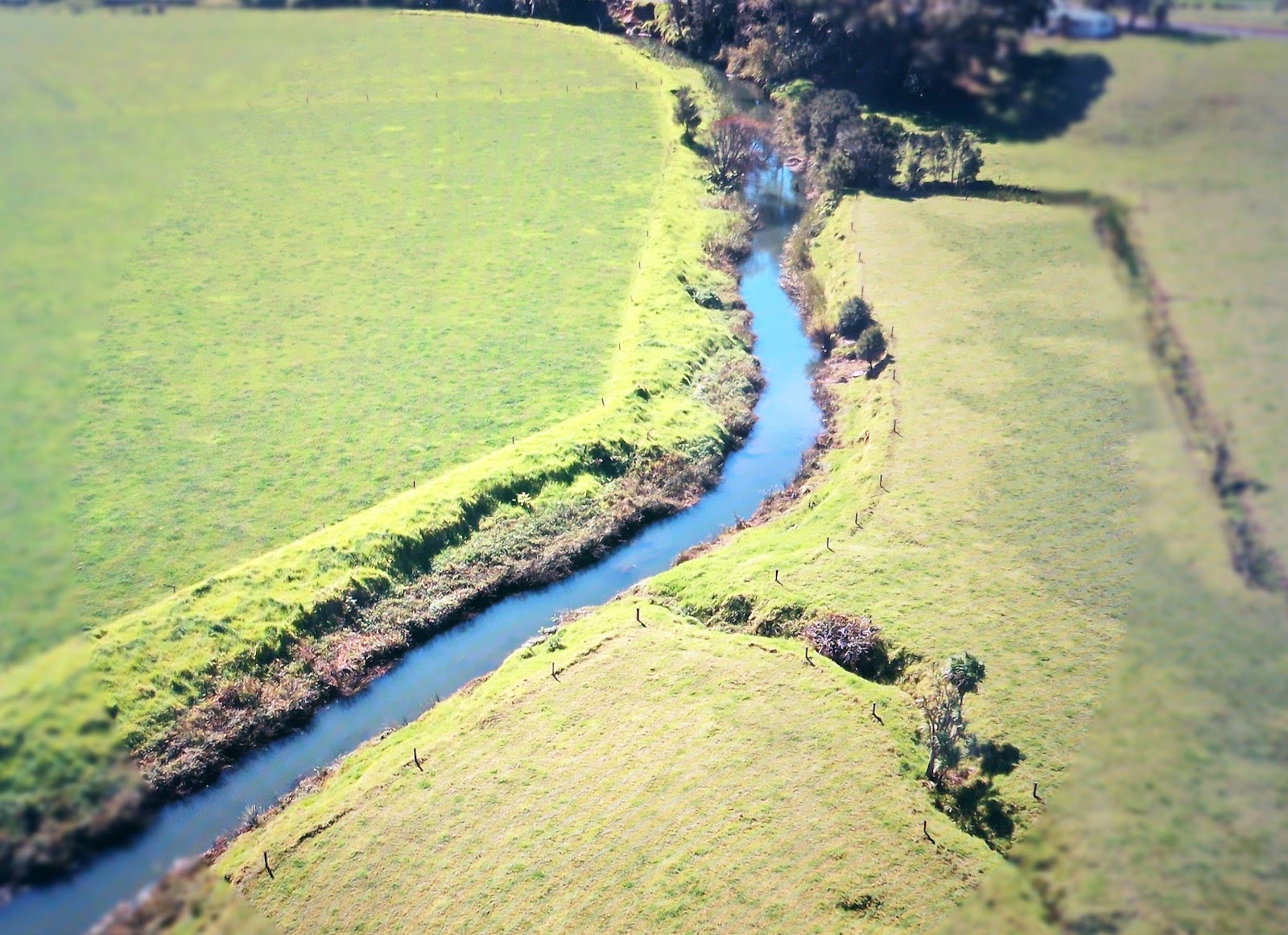 This event has highlighted the importance of flood management plans as a corrective measure to solving future flood disasters. It also signals the essential need to embed environmental and cultural consideration into those structures before the issue arrives.

We need to encourage more developers or home builders to consider the environmental impact of where a driveway is inserted on a property, so that any nearby awa can still flow freely. The use of schloria (a permeable rock that allows water flow) or a culvert so that the water can run below the new structure would allow the awa to flow naturally depending on its size.

The pukapuka, Te Taiao Māori and The Natural World, details that;

"When Māori are asked about their identity, they do not mention themselves directly. They refer to their maunga (mountain), their awa (river) and their tupuna (their esteemed ancestor)."

By incorporating tikanga Māori, mātauranga Māori and te ao Māori into any governing body that seeks to tackle flood issues, balanced solutions, that take into consideration both worldviews, will begin to present themselves.

Accessibility barriers to kai are still an issue face by our community. We explore kai sovereignty options
5 months, 2 weeks

Ataria Sharman has created a collection of creative, indigenous, beautiful writings in collaboration with many wāhine Māori
5 months, 2 weeks

We spoke to current deputy mayor, Ann Court, on her journey to mayoral candidacy
5 months, 1 week