His whānau accompanied him to witness his achievement in recognition of his leadership and contribution to Māori education, Māori media and hauora Māori both in New Zealand and internationally. The proceedings would not have been complete without Aotea Square erupting in numerous strong haka and mihi from his whānau seated around the arena.

Speaking from outside the Aotea Centre where 600 students graduated, Ngaropo said he was humbled to be given such an accolade, and acknowledged those who gave him the honour “for all Māori, hapū and marae”. 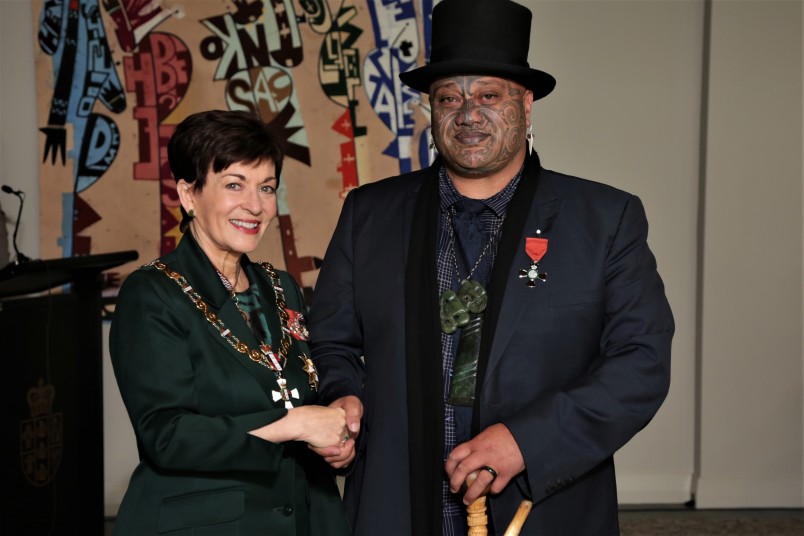 Ngaropo reflected oin the interest in te ao Māori, by mainstream institutes, and how that has increased in recent years;

“The Māori world has its own mana as does mainstream. Today, we saw the esteemed doctors of this institute, the professors come to pay tribute to my capping, acknowledging the importance of Māori knowledge at this institute, AUT.  They go hand-in-hand.

“Māori had their own institutes of learning, mastering skills such as carving and others. Those were the types of institutes our ancestors graduated from, and were designated as experts of the tribe, hapū and marae. But we live now in a modern world.

“As Tā Apirana Ngata said, 'Grow up in the days destined to you'." 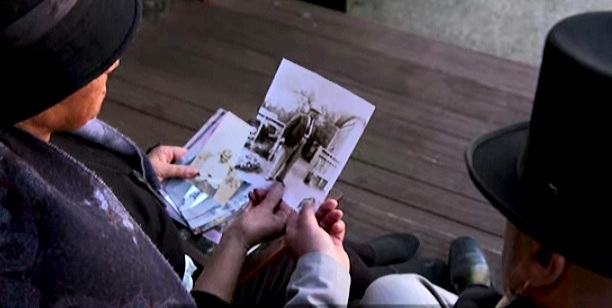 Ngaropo enjoys meeting people and learning history in relation to iwi connections across the world. As the eldest child in his whānau, he was raised by his grandparents, Tamehana and Te Moa, in Te Teko. Ngaropo described the first time he ever felt heart-wrenching pain when he spoke to Waka Huia in 2019;

"I still remember the day my grandfather, Tamehana, died. I experienced a pain that I could not control. I'd never felt that kind of pain before. I loved him so very much. Whenever we felt troubled while living in Tāmaki Makaurau, we would return to my grandmother and she would help me find peace in my wairua again. She was there for us in times of need. She taught me to be calm." 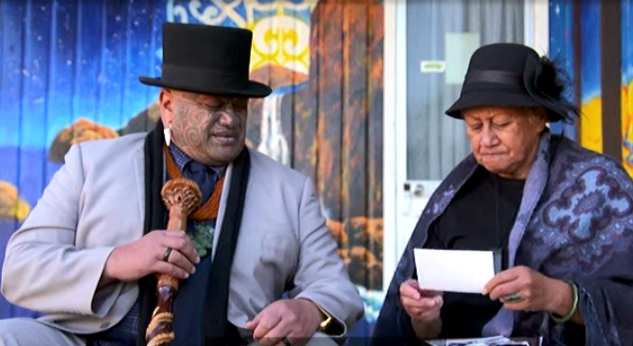 He continued to detail the special characteristics of his grandmother, Te Moa;

"She specialised in whakapapa. It guides you. It connects you. I have been told that women don't recite whakapapa, but I have heard it with my own ears. Whakapapa allows you to learn who you are. My grandmother was my teacher."

Pouroto’a grandparents played a pivotal role in his upbringing. They developed many rangatira qualities within the high achiever. He grew a deep connection to Māoritanga, wairua and their guidance nurtured his life of long service to his people.

Ngaropo is fine-tuned in his ability to understand the balance in his wairua and those around him. He spoke to Te Hiku Radio and detailed his experience of Māori faith and religion growing up. He also spoke to Waka Huia about the importance of understanding and acknowledging the Pākehā world as Māori.

"If we speak kindly, nurture and take care of Pākehā, then they will look after us. We need to normalise the Māori world into the Pākehā world. This is why I take this path."

When Newmarket online magazine asked Ngaropo how he starts each morning and what the best piece of advice is that he has ever received? He replied;

"I wake up at 4am, pray, reflect, give thanks for what I have and remain focused for what lays ahead. Best advice, always have a strong spiritual foundation, keep your house in order, prioritize and focus, have self-discipline and respect for people." 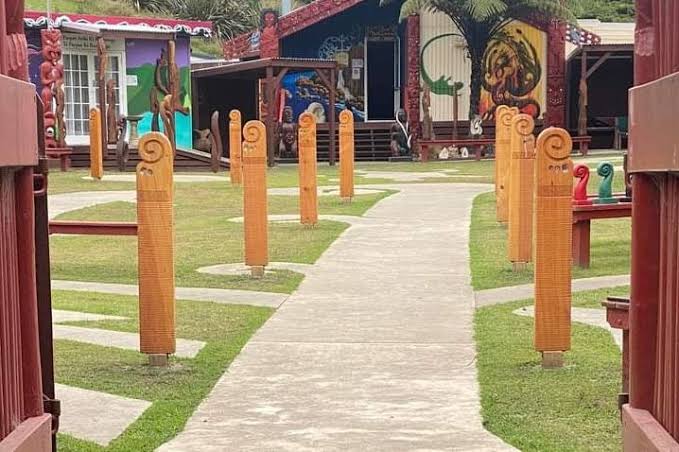 Ngaropo drove the re-establishment of the breathtaking Iramoko Marae. This marae is nestled in the hills of Manawahe which provides a tranquil environment and a place of spiritual healing. Ngaropo also offers trail hikes and wairua guidance. 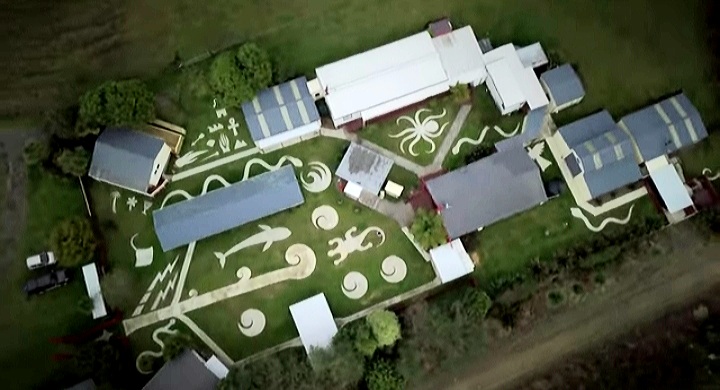 Ngaropo has been deputy chair of Te Rūnanga o Ngāti Awa. He participated in settlement negotiations for the iwi, and played a significant role in creating Māori health strategies that involved iwi throughout what was then the Bay of Plenty District Health Board region.

In 2019, he was made a Member of the New Zealand Order of Merit for contributions to Māori and governance. He held positions on Ngāti Awa’s Arts Council. Ngaropo has been Chairperson of the Māori Mataatua Consultative Committee for Pacific Health, Pōkerekere Māori Lands Trust, Te Kohika Art Collection, Whakatane District Council Iwi Liaison Committee, and Eastern Bay of Plenty Primary Health Organisation. 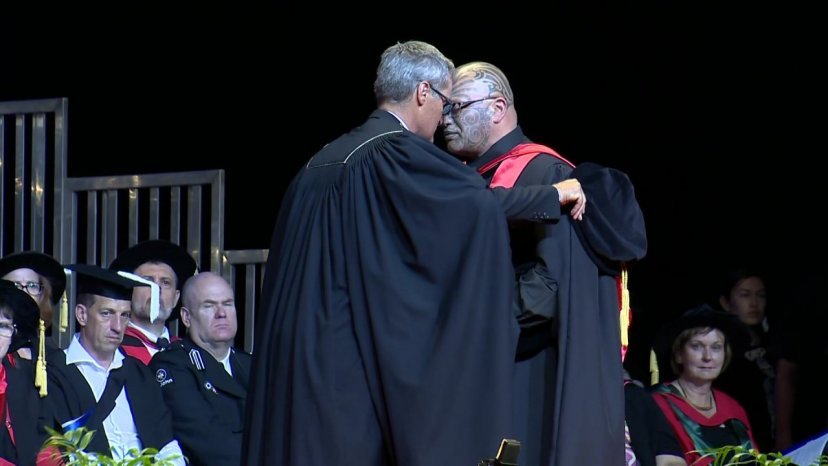 Ngaropo encourages Māori to live out the purpose that God has set out for them and to strive to accomplish goals. The legacy that he has created is truly inspiring, with many more years ahead of him that leaves us wondering what else could there possibly be left to achieve for him.

He is a living example of someone doing everything they possibly can within their lifetime to make an impact across many sectors for Māori. The words he used to conclude his mihi and acceptance speech were very fitting;

A helicopter will fly along the length of the Aupōuri Aquifer for six weeks
1 month, 2 weeks

The old Warehouse building is set to burst into new life as a buzzing community hub
1 month, 2 weeks

Moko Tepania announced as the new mayor of the Far North
1 month, 1 week