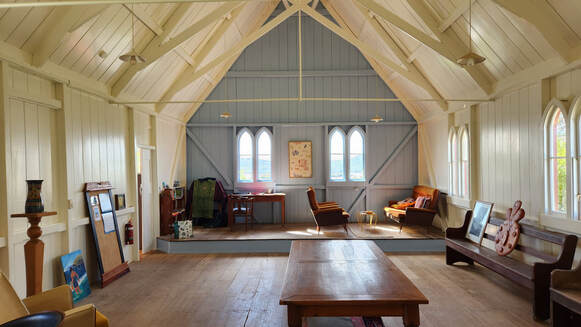 Rāwene Church, built in 1876, was put on the market for sale in 2017 and then purchased by Lynn Lawton and Linda Blincko of Devonport, Auckland.

They wanted to make sure that such an iconic and treasured property stayed within the community, and thought that it would be a beautiful building for an artist’s residency. 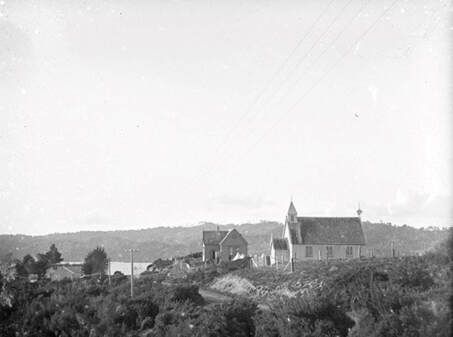 The not-for-profit driven kaupapa, was supported by a grant from the National Heritage Preservation Incentive Fund, a fund for significant heritage buildings in private ownership administered by Heritage New Zealand Pouhere Taonga.

Blincko, who is the Creative Director of the church, says that she wanted to create an atmosphere and spirit where all art forms can find opportunity for expression. She strives to provide a space where people feel at home and a sense of place. 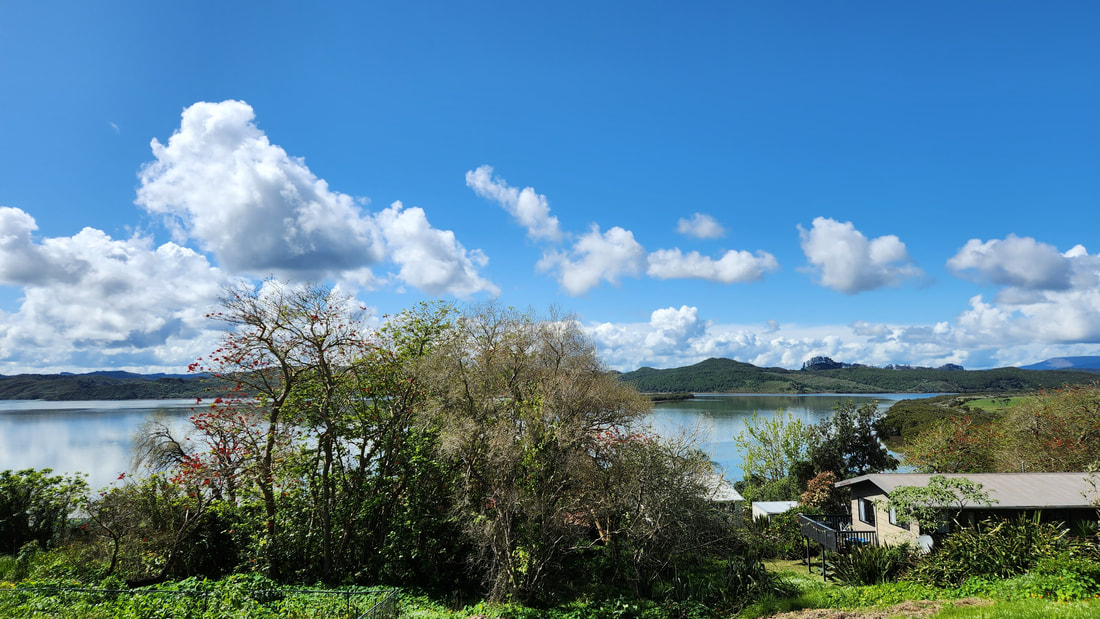 "Our plans for restoration and ongoing use have considered the importance and value of its history for the community and protecting the spirit of the many hundreds of worshippers it has welcomed over its long history. In discussing Māori heritage values our most vivid impression of the church is that it is immersed in wairua; as a whare karakia, attended by a congregation of Māori and Pākehā with services delivered in both te reo Māori and English, it embodies and symbolises a respectful co-existence throughout its history." 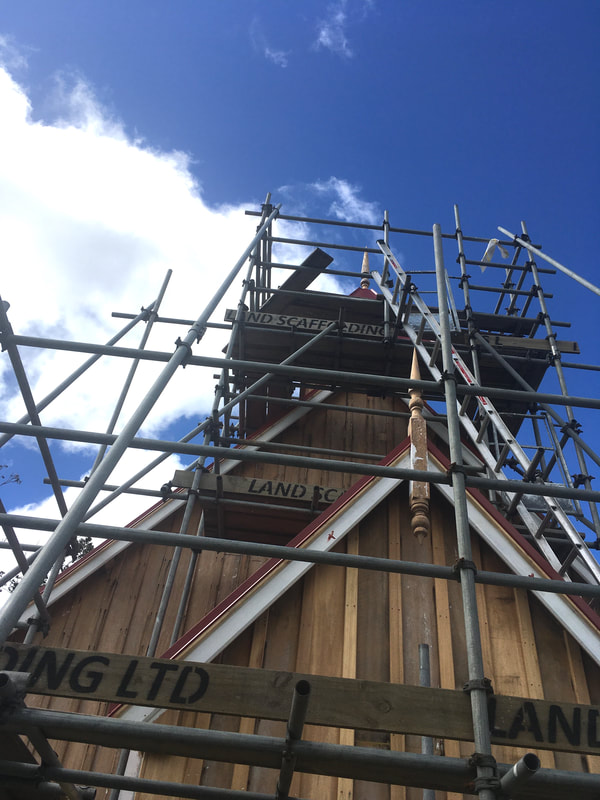 The church has been restored to as-close-to-original as possible, while the annex, which was added in 1922, has been converted into a modest artist’s residence, with a mezzanine floor for a sleeping area and a small bathroom and kitchen added on the ground floor.

“We didn’t want to compromise the integrity of the church itself, which has been maintained as it originally was,” says Blincko. 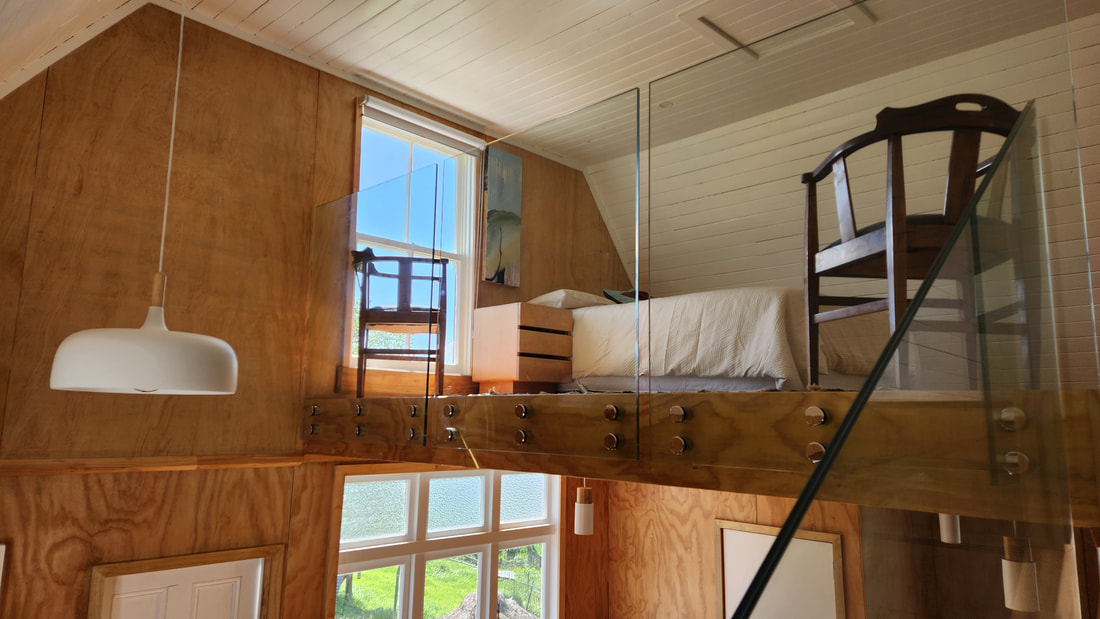 It is envisioned that resident artists will use the original church area as a studio, exhibition space, or possibly a performance space. The residency is open to practising artists across all creative disciplines, both national and international.

While residencies are self-funded and self-catering, applicants can be assisted to apply to funding agencies for support and can be advised on how private sponsors or funders can provide support through the charitable trust.  A weekly charge of $250 covers full use of facilities and services. 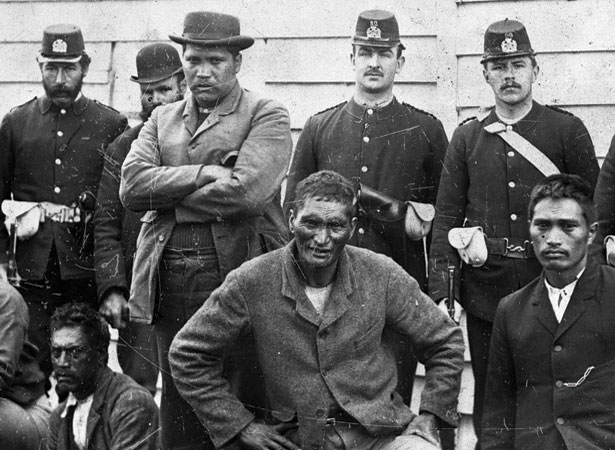 The first resident is Auckland playwright Geoffrey Clendon. He is researching and writing a play called ‘Te Whawhai Taake Kuri – The Dog Tax War’. While in Rāwene, Geoffrey will carry out archival research from documents at Clendon House – which is cared for by Heritage New Zealand Pouhere Taonga, and which was the home of his tupuna, James Reddy Clendon.

The play will reflect on the Dog Tax which was introduced in the 1890s by the government on dog owners. The law was fiercely resisted by Māori in the Hokianga, culminating in a standoff in 1897 that almost escalated into full-blown conflict between government troops and Māori at Waima. The situation was de-escalated at the last minute by Māori members of Parliament. 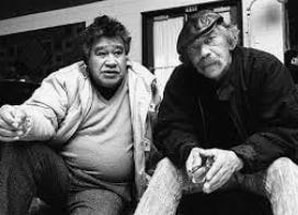 ​Te Hiku o Te Ika has been blessed with some of the most significant, thought-provoking and life-shaping poets, painters, potters, ceramicists, writers, philosophers and intellects in Aotearoa New Zealand.

"Our hope is that the Church will play a part in keeping alight the flame of inspiration and will support its residents to follow in the footsteps of their creative contemporaries and predecessors," said Blincko. 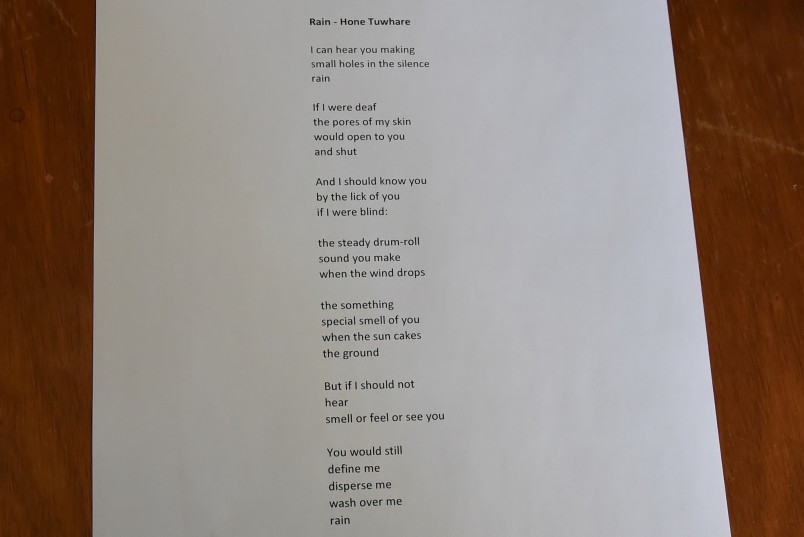 The late Hone Tūwhare and Ralph Hotere were creative artists from the Hokianga region. Tūwhare was born near Kaikohekohe in a small town called Kokowai and Hotere was born, and grew up in Mitimiti. Both were well-traveled artists.

Tūwhare was a writer who published 13 volumes of poetry during his career. He wrote poems about societal concerns and deepened their messages by using extensive metaphors, personification and imagery.

Hotere was a painter, sculptor and an honorary doctorate of the University of Otago who often used Tūwhare's poems in his artwork. They shared a mutual respect are are both an inspiration for local artists to keep striving toward their own creative pursuits. 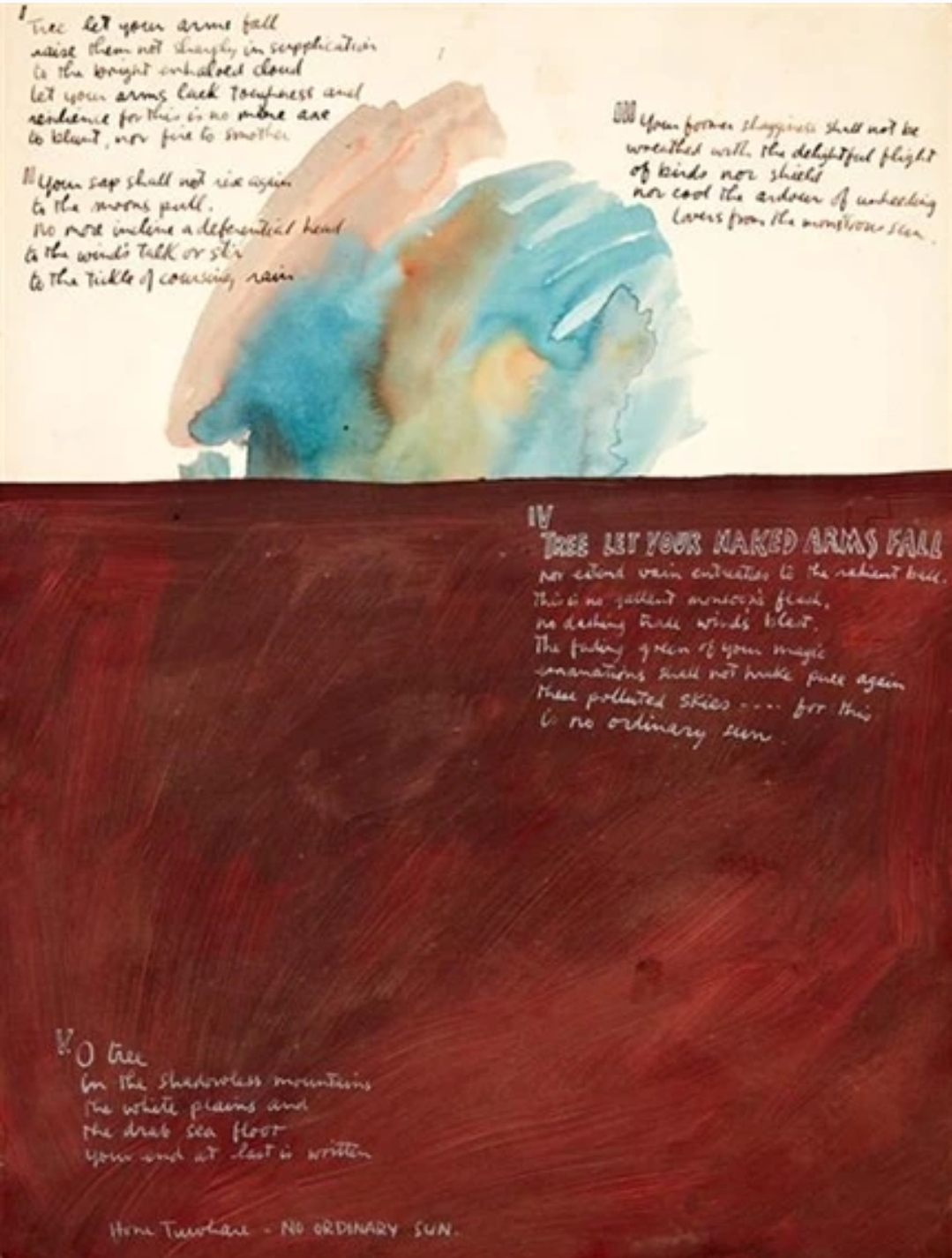 The restored church is intended to nourish and nurture creative talents. It provides a still sanctuary for artists of all mediums to produce works without interruption and fine tune their skills. 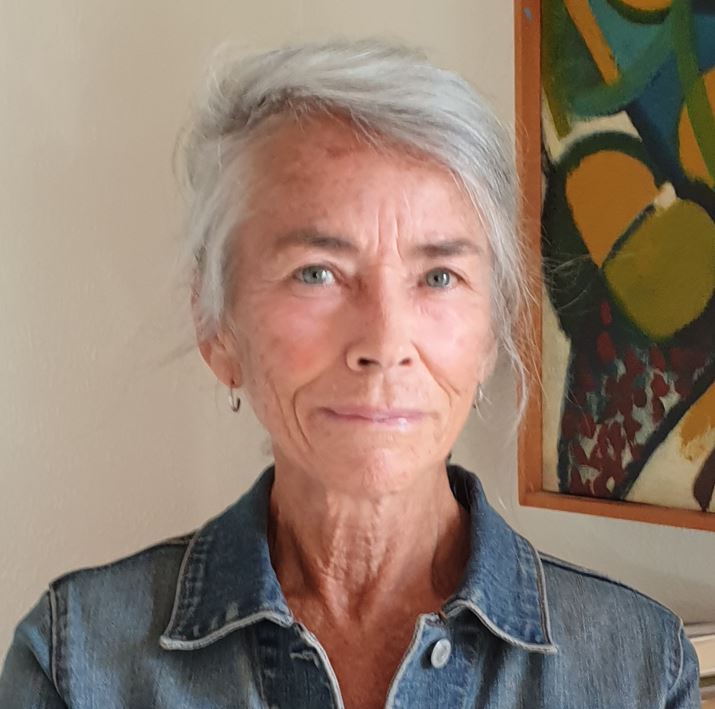 "It has been an honour to support the community of Rāwene by giving a new and productive life to this valued historic building. The church on the crest of the hill as you enter the township, is now an admirable iconic gateway to Rāwene.

I believe and observe that it’s possible to enact social change through conscious commitment to principles of inclusiveness, aroha, and through seizing opportunities that arise, and giving form to vision.

I have applied this belief throughout my life as a grass roots creative activist, for over thirty years. It’s simple and it works, with some significant life-changing initiatives undertaken." 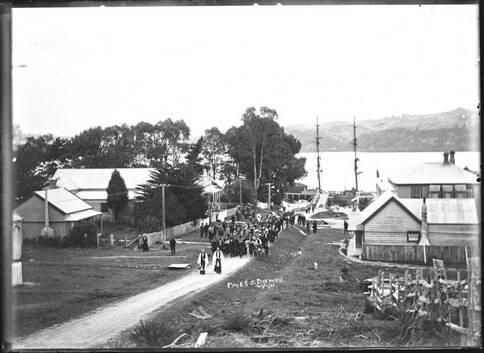 Rāwene is a settlement that is rich in history and community spirit. Not only is it a stones-throw from the first landing place of Kupe, but it is also the settlement in which Dame Whina Cooper was married.

In 2014 the seaside community mobilised to protest against deep sea oil drilling in order to protect their surrounding moana. It was also one of the locations in Hokianga where conflict broke out due to the Dog Tax, the kaupapa being written into a play by Clendon, the first artist to take residency in the church.

The restored Rāwene Church will add to the historical landscape of the area.

"Rāwene Church is a Category-2-listed historic site and now bears a special plaque which marks the heritage significance of the building. The plaque is a small acknowledgement of the hard work and dedication that owners Lynn Lawton and Linda Blincko have invested into this building," said Heritage New Zealand Pouhere Taonga Northland Manager Bill Edwards.