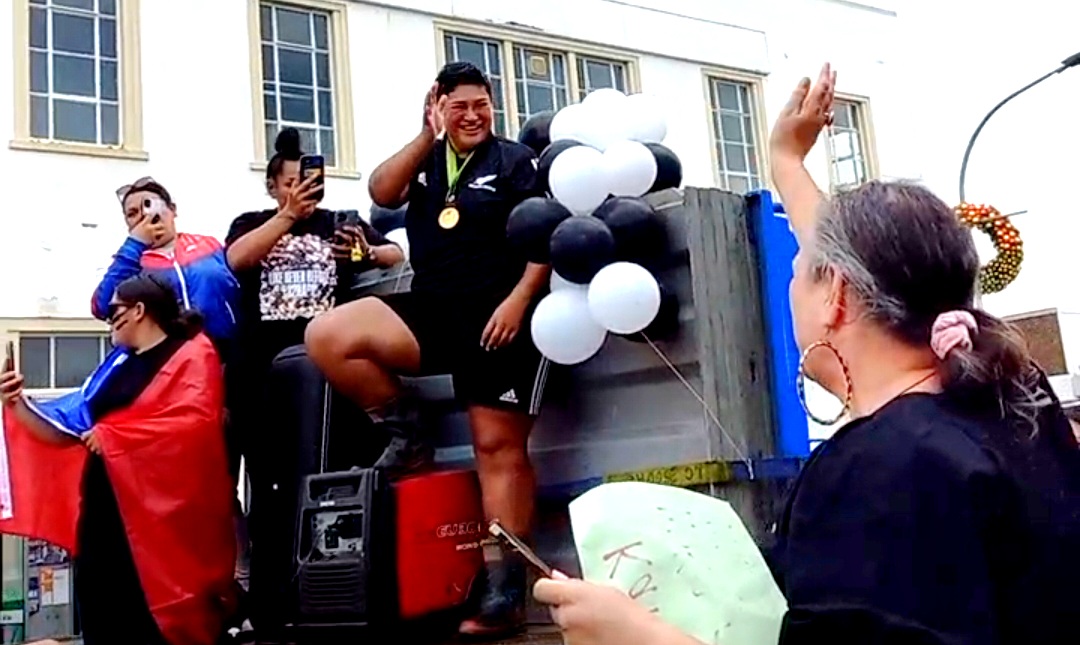 Murray, better known as Muzz or Muzza, was Northland’s top women’s points scorer in the 2021 Farah Palmer Cup. Her outstanding form led to her selection in the Black Ferns that same year, where she debuted against England in Exeter.  She was also a driving force behind the championship over England last weekend in the Rugby World Cup.

The Poua Head Coach, Victoria Grant, said: “I think we have a powerful, electric and exciting squad. I’m really excited about the young talent coming through, as well as the experienced players we have onboard to lead the group.  We are looking to be innovative around our game and really leverage off what we built last year in terms of a good platform, so the focus is on taking our game to an exciting new place, and we think we've got the players to do it.

Krystal had an amazing campaign with the Rugby World Cup in the Black Ferns. She was a vital part of their team and bringing firepower in the second half. Looking at her ball skills and what she can bring outside of her key role as a prop, her skillset is really something of a playmaker, first-five, second-five sort of player, so we’re really excited about that,” said Grant.

Murray said she was excited with her new home with the Hurricanes Poua;

“Following on from the Rugby World Cup, I’m excited to join the Hurricanes and get stuck into Super Rugby Aupiki.  After a couple of seasons with the Blues, a new challenge and opportunity to work with a new set of coaches and players is something I’m looking forward to” .

Murray enjoyed a well-deserved celebratory welcome home parade by her community in Kaitāia last Wednesday. The entire community rallied together to provide the international champion with an energy packed celebration. Mike Te Wake told Te Hiku Radio that he was thankful for all of those who put effort into this successful celebration;

“Local businesses, charity organisations, rugby clubs and schools came together to welcome Krystal back to Kaitāia following her team’s win in the Women’s Rugby World Cup Final against the Englands Roses. Our local kapa haka rōpū, our local kura, local businesses and the whānau of Krystal put on an amazing event in little time,” said Te Wake.

Murray also spoke to Te Hiku Radio and expressed a heartfelt thanks to the Far North community for the support provided;

“If it wasn’t for my community, I wouldn’t be where I am today. A special thanks also goes to my parents. They have passed away now, but if it wasn’t for my Dad taking me to all my trainings when I was younger, I definitely wouldn’t be here today and wouldn’t have the skills that I have now,” said Murray.

She dedicated her Rugby World Cup Championship medal to her late father. She spoke to Te Hiku Media’s Haukāinga team;

“This medal is for my father who got me to where I am today. I am here because of him and the dedication and love that he provided for me to support me to this point. I am really grateful and emotional. I really do love Kaitāia, there are a lot of good people here and I am proud to be from here,” said Murray.

The township of Kaitāia came together within 48 hours of the Black Ferns beating England at Eden Park. The community provided the gold medalist with a welcome home parade fit for a queen. Local businesses, local kura alongside her close-knit whanau and community done an amazing job to thank their local champion. She is a role model for young girls in the Far North who aspire to play rugby, or any sport at the representative level and to move with focus, dedication and humility.

Murray is as dynamic as she is a hard-running number 8, and is also a double international, playing for the Kiwi Ferns rugby league team at the 2017 Rugby League World Cup. She is paving a stronger pathway for rangatahi, and women, from the Far North into representative sport.  Murray's partner, Te Kura Ngata-Aerengamate has also been named in the Hurricanes Poua and so has Aroha Savage who is the one of the founding members of the Te Rarawa Wahine Rugby team.

Super Rugby Aupiki kicks off Saturday 25 February, with the Hurricanes Poua taking on the Chiefs Manawa in the competition opener at Levin Domain.

Unclaimed war medals are now being returned to descendants in heartfelt ceremonies across Aotearoa
1 month, 4 weeks