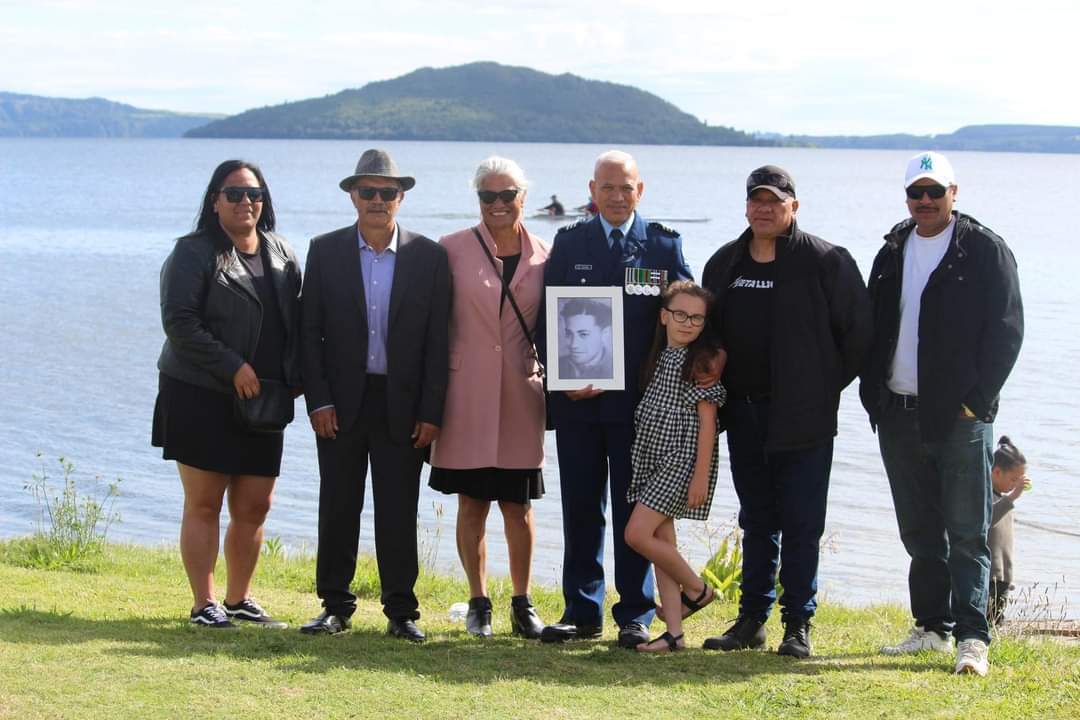 The whānau of 89 Māori Battalion soldiers who fought in World War II have received their medals at a ceremony conducted at Te Papaiouru Marae in Rotorua. Thousands of people turned out to support the ceremony, including the last remaining member of the 28th (Māori) Battalion, Sir Robert ‘Bom’ Gillies.

Rotorua is Sir Robert’s hometown and the ceremony was conducted at his home marae, with the Minister for Veterans Meka Whaitiri, Minister Kelvin Davis, Minister Willie Jackson and Minister Kiritapu Allen also attending and presenting medals. 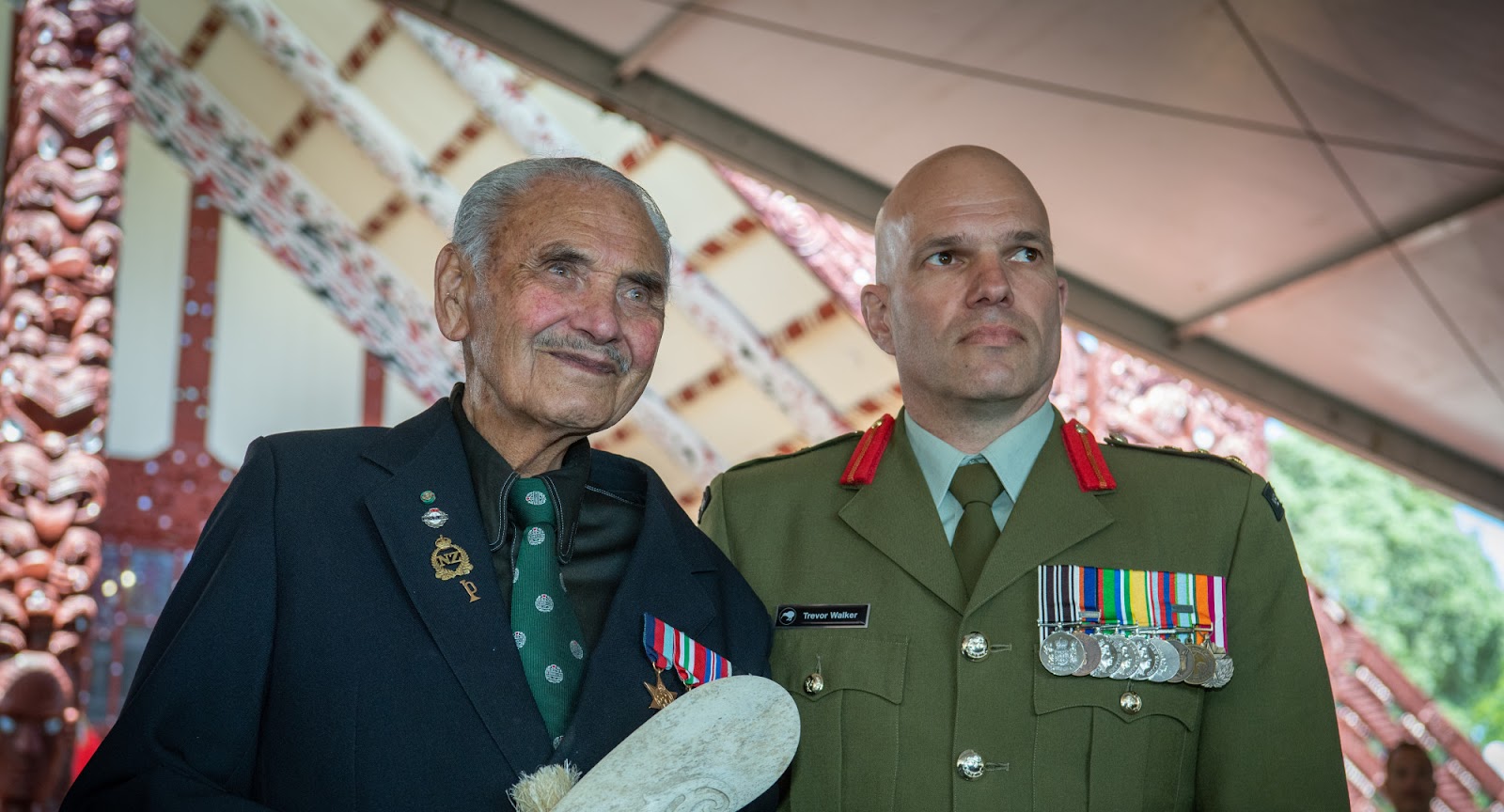 NZDF Personnel Archives and Medals worked with David Stone, from Te Mata Law, regarding the unclaimed medals of the 28th (Māori) Battalion. They identified approximately 500 sets of medals, which were never claimed by former 28th (Māori) Battalion personnel for different reasons. Three ceremonies have previously occurred in Hawke’s Bay, Gisborne and Christchurch, with a further two ceremonies set to be held over 2022-2023, in Trentham and Waitangi, to present the medals to whānau. 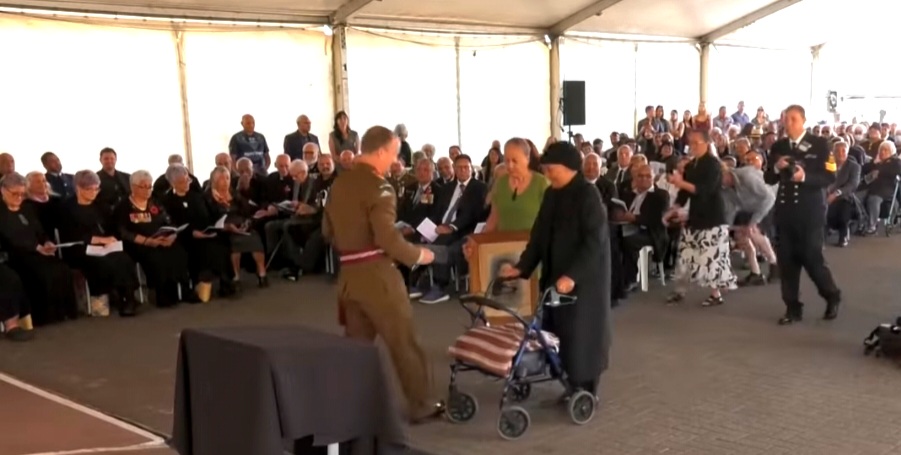 Leigh Manukau (Te Rarawa) and her whānau travelled to Rotorua to claim medals for her koro. She spoke to Tautīnei two days before they departed Kaitāia;

“I am taking my Papa’s medals from A Company and my Uncle’s medals from Vietnam. I really hope more whānau get amongst this kaupapa. It is going to be really emotional.”

“It was an amazing and special, humbling experience. You could just feel the wairua - I loved it! I highly encourage you and your whānau to go forth and receive your tūpuna medals too.”

The Te Maru whānau from Ahipara/Pukepoto are claiming the medals for their tupuna, Thomas Te Maru (also known as Tamati Hori Te Maru).

Benjai Te Maru Gregory is helping his whānau claim the medals in time for the Waitangi ceremony. He has been working hard to find closure for his whānau;

“I need to get this important task over the line so the nannies get to experience this significant moment within their lifetime,” he said.

Tautīnei has been working alongside whānau in the Far North to complete their paperwork and forward information to Te Mata Law who have been extremely helpful. The process may feel overwhelming, but the outcome will be rewarding and will bring closure for whānau who experience many emotions and mamae for their tūpuna. 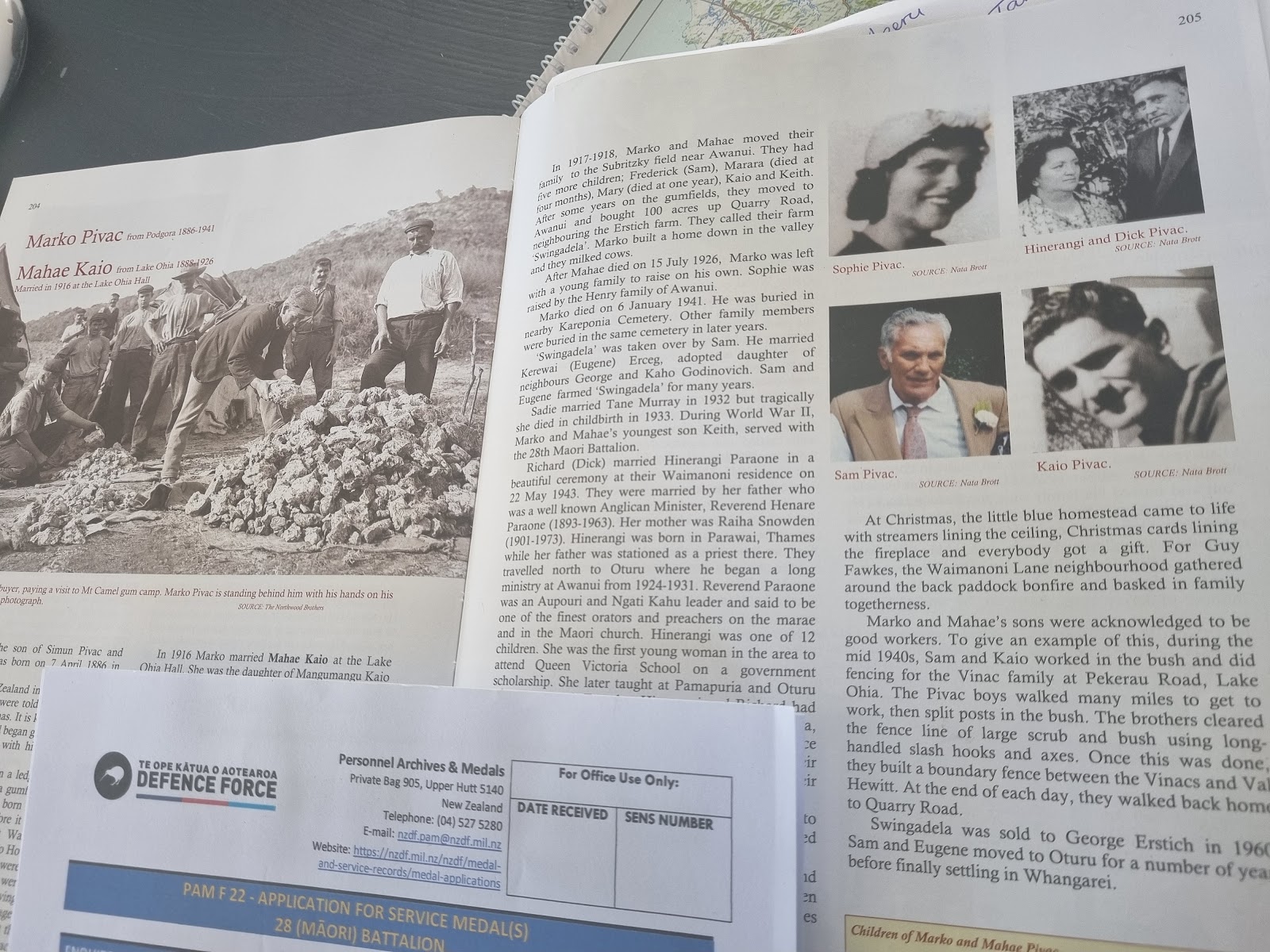 David Stone from Te Mata Law has been leading this kaupapa, which is very personal to him and his whānau.

“My father and I were looking into why we didn’t have any medals from my great-uncle. I wrote to the New Zealand Defence Force asking for his file. That’s when I realised, we can’t be the only whānau who never got their medals,” David says.

David initially looked at just over 100 files finding that 10 percent of the soldiers from Muriwai and Manutuke (C Company), 12 percent from Pakipaki (D Company), 2 percent from Ōpōtiki (B Company) and 25 percent from Motukaraka (A Company) never received their medals.

“Dad said to me, what are you going to do about the rest?”

David wrote to the Chief Judge of the Waitangi Tribunal Wai 2500 Military Veterans Inquiry informing him of the initial research asking if the Judge could ask the Crown to complete the remainder of the research for the entire Māori Battalion. The Chief Judge put the question to the Crown who were unable to help at the time. Undeterred, David and his legal executive (who was also in the Defence Force) started to work on it themselves, and in conjunction with the Medals team set about looking at the entire C Company list.

When the C Company research was finished, 134 soldiers who had never been issued with their medals were found. There was at least one soldier from every single C Company village on the East Coast.

Once that list was compiled, the next task was to find the families of these soldiers and David’s team put a notice on social media and in the Gisborne newspaper.

“I wasn’t sure anyone would come, but the line was out the door. So, for three days I was at the C Company Memorial [building in Gisborne] helping people sign the paperwork for 70 families [to receive their medals],” David says.

The completion of the research for the whole Battalion revealed that about 550 soldiers had never received their medals, or 15 percent of the original 3,600 soldiers of the 28th Māori Battalion. This was the same percentage as David’s initial research from the first 100 files looked at. To find the soldiers’ whānau, they advertised on social media and in newspapers, and sent letters to iwi organisations all over the country. Then, David and his team ran ‘signing days’ in key locations all around the country.

David says that Te Puni Kōkiri funding has “certainly helped and is much appreciated”. David’s team has used the funding to travel up and down the country running ‘signing days’ to help whānau apply for their unclaimed medals. In a few cases, they’ve paid for birth certificates to be ordered where this was out of reach for whānau. The team has now spent several years on this kaupapa.

“This project uplifts the mana of everyone involved: the Crown, iwi, the Defence Force, everybody. The pride on the soldiers’ faces and how they beam as they present the medals to the whānau. One soldier brought up his great-grandfather’s medal. And in February, we hope to present a medal to a 96-year-old widow at Waitangi” says Stone.

Whaea Betsy Young spoke to Te Hiku Radio about her thoughts on this kaupapa;

“I learnt about a guy called David who was claiming his grandfathers’ medals. He said that when they registered for the war back then, they would give an address where they had gathered and so the medals would get sent there and not to the actual soldiers themselves. When others heard about what David was doing, they wanted to claim the medals for their tūpuna too and the line went out the door. David organised himself with some funding and has been helping whānau since then.”

Waitangi will be the next award ceremony and deadlines have approached quickly. If your whānau have a tupuna on the list of soldiers with unclaimed medals then please complete an application and email contactus@tematalaw.co.nz.