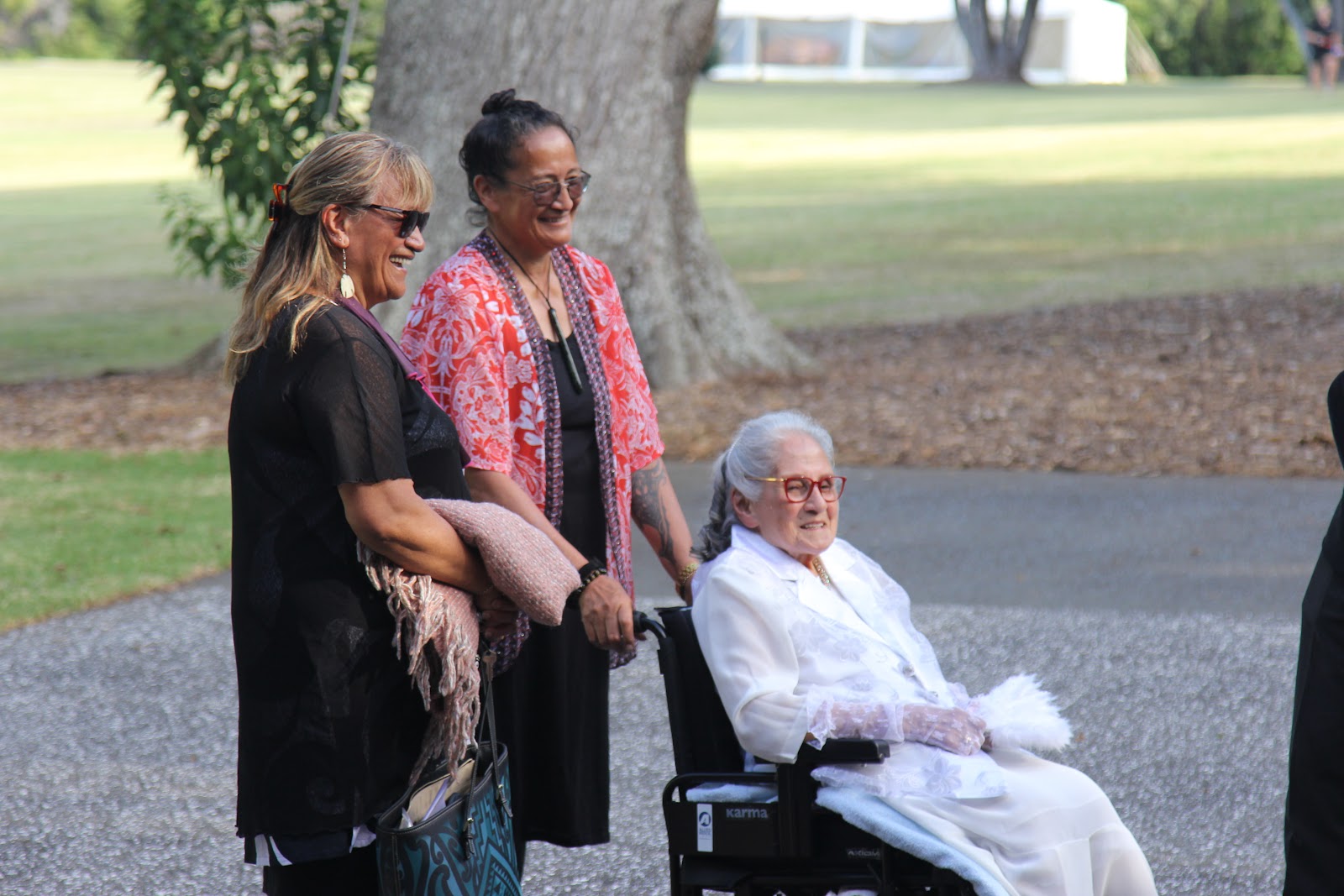 She was a mother of eight, had 70 mokopuna and had over 20 great-grandchildren. Her son, Hone Harawira is a well-known politician and followed in her footsteps toward restoring equality for Māori.

Hone Harawira detailed that his mother would lay at her home in Avondale, then go to Hoani Waititi Marae in Henderson before being brought north for her nehu.

"We ask everyone to allow us this first night with mum before she goes to Hoani Waititi," detailed Hone Harawira. 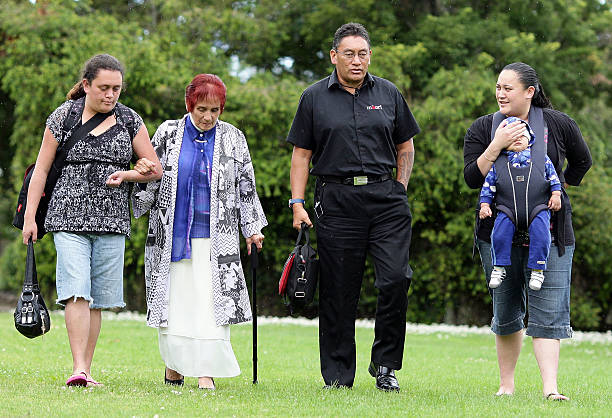 Titewhai was one of the most familiar faces at Waitangi each year, where her activism gained her a national reputation. She would challenge politicians and sat next to John Key, and then Jacinda Adern, to guide them through proceedings. She also stood next to Prince Charles and welcomed manuhiri onto Te Tii Marae and the Waitangi Treaty Grounds.

She was the proud matriarch of a close-knit family and to most, a motherly figure who conducted herself with grace and determination. 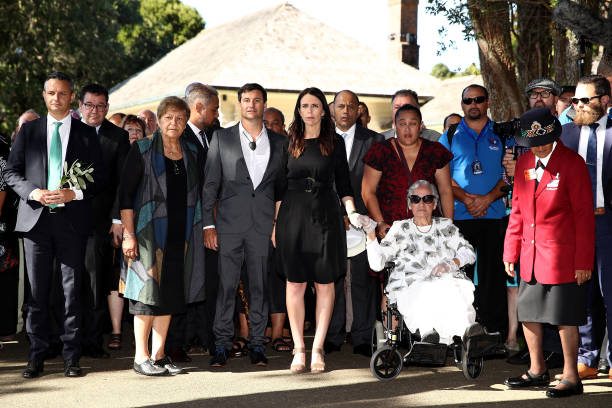 Titewhai Te Hoia Hinewhare was born in 1932 in the Northland farming area of Whakapara and was raised by her maternal grandparents. After training as a nurse, she married John Harawira in 1952, and settling in Avondale in Auckland. They had nine children and adopted another three.

The couple were active in local schools and were founding members of the pioneering Hoani Waititi urban marae in West Auckland. Titewhai was also active in the Māori Women's Welfare League, especially its campaign to improve Maori housing. John Harawira died in 1977 and she brought up their extended family on her own.

She became a member of the protest group Ngā Tamatoa in the early 1970s and campaigned hard, often against bitter criticism, for the Māori language.

"We were determined to rescue our language because we felt and we believed, and we believe today, that a people without its language is a people that die," she told RNZ in 2009.

Titewhai Harawira was one of the leaders of the 1975 land hīkoi that marched from the Far North to Parliament.

Growing up during WWII, she herself had seen the alienation of Maori land, and the seeds for her dedication to land rights were sown.

"I saw the farms that belonged to my aunties and my cousins, and people in and around our districts, saw those farms being taken over by Māori Affairs and given out to other people, so that when our people came back from the second world war those farms were padlocked, and they were locked off those farms."

In later years, she was best known outside her own circles for her annual protests at Waitangi. In 1998, she blocked then Labour Party leader Helen Clark from speaking on the marae, bringing the usually stoic Clark to tears. Harawira said she was demanding equal rights for Māori women who did not have speaking rights.

In 2000, some of the elders attempted to prevent her and her companions from entering Te Tii marae because of the disruptions they caused, but the protest group eventually succeeded.

"She was often called a protester, but in the minds of us who walked with her it was more a protector of civil rights in this country.

"She did it with such dignity even though she didn't bow to any pressure from anyone, government or otherwise. She was staunch and true to her cause. She was very proud to be Māori." 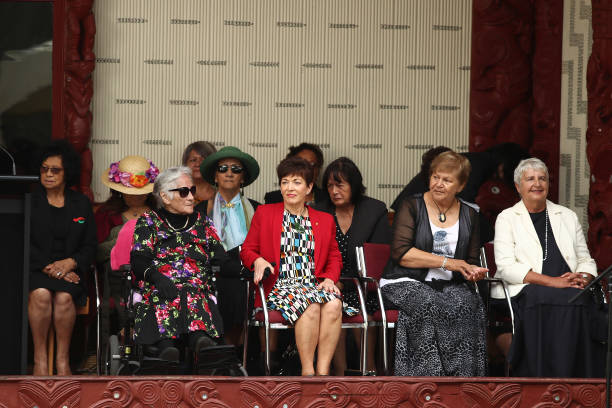 She celebrated her 90th birthday in 2022 and the occasion was described by Māori leader John Tamihere as a chance to acknowledge the contribution of a great woman to the betterment of Māori.

Te Whānau o Waipareira hosted the belated celebration at Trust Bank Stadium in West Auckland which drew about 400 people who battled beside her over the years.

Tamihere says the Ngāpuhi kuia was vilified because she had the courage to speak her mind about the way Māori had been treated.

“She was set up for failure in a whole bunch of different bodies, from endeavouring to get her own mental health services up and running all the way through. For all that, she relentlessly persevered, and that is in the DNA of her children and her mokopuna,” Mr Tamihere says. 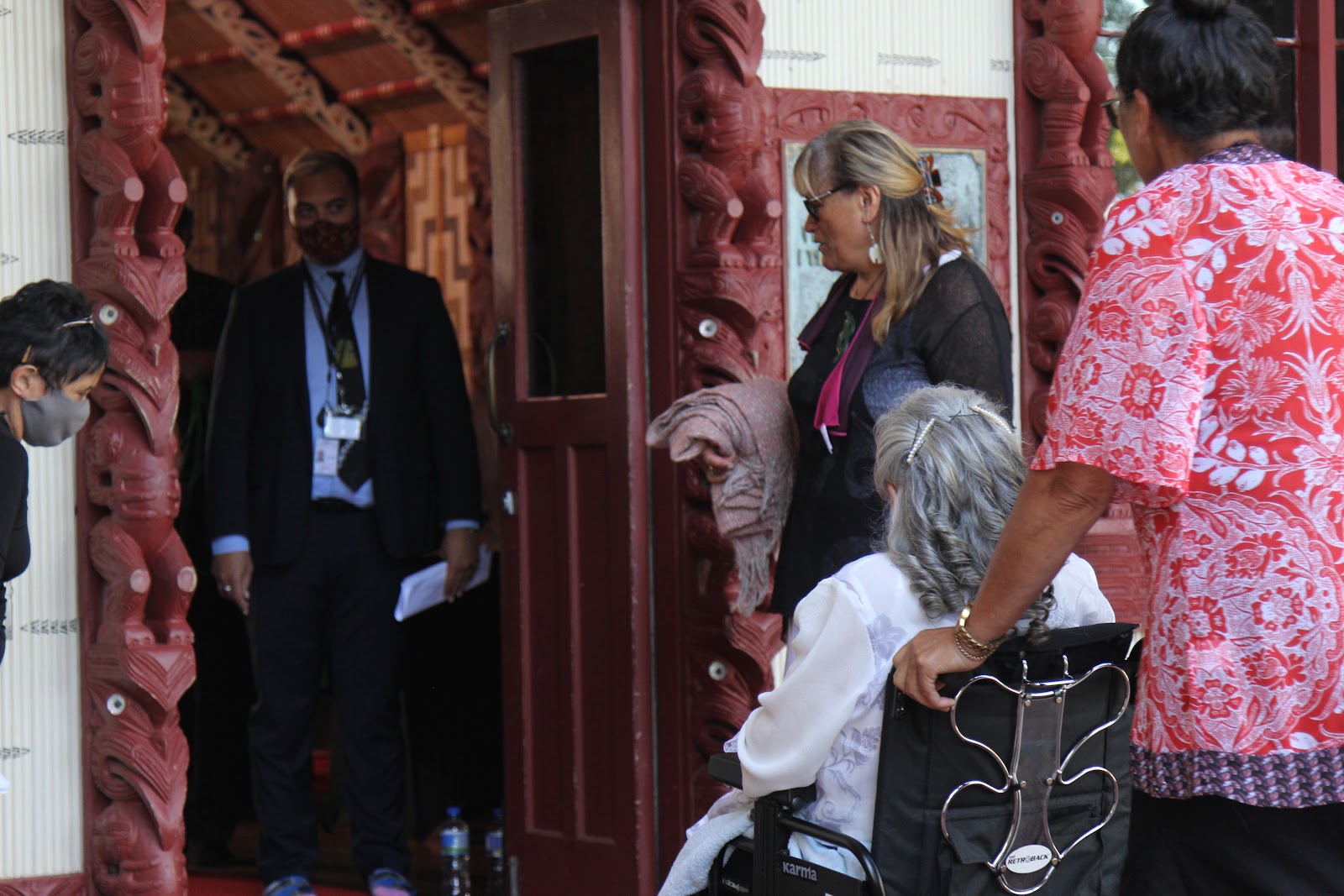 More details are to follow in the coming days regarding tangihanga and nehu proceedings.

Unclaimed war medals are now being returned to descendants in heartfelt ceremonies across Aotearoa
1 month, 3 weeks